BUENOS AIRES (Reuters) – Brazil’s real will likely stay buoyant in the coming weeks but the currency’s medium-term prospects are still obscured by investor worries about the pace of reforms as lawmakers focus instead on the fight against COVID-19, a Reuters poll showed.

Amid a health crisis that has cost the lives of more than 465,000 Brazilians, the real has appreciated 15.6% from near-record low levels in March, benefiting from an economic recovery and steep interest rate hikes.

However, the currency remains liable to concerns over the ability or will of politicians to tackle long-standing inefficiencies as pandemic relief and social spending become the center of debate before the 2022 presidential vote.

Brazil’s lower house speaker said last week Congress was not in a position to rush through tax reforms, as that has been so long in the making that it was worth taking a few months more to get it right.

Despite improvements in Brazil’s trade and investment flows, “we see the lack of progress on structural (especially fiscal) reforms as a barrier to a more significant and lasting strengthening of the BRL,” Santander analysts wrote in a report.

“Further reductions in the level of uncertainty regarding the Brazilian fiscal outlook would hinge on structural reforms that we believe will be increasingly hard to move in Congress, especially in a more polarized political environment.”

In an unusual result, the real is forecast to weaken rather than strengthen in one year, according to the median estimate of 20 respondents polled May 28-June 3, losing 2.7% to 5.22 per U.S. dollar from its value on Wednesday.

Reaffirming the currency’s softer outlook, Itau analysts said “for 2022, the global scenario of stimulus withdrawal, higher interest rates, and a stronger dollar tends to put pressure on the BRL and other emerging market currencies.”

Mexico’s peso was expected to keep doing well compared to its Latin American neighbors. The currency would end 2021 at around 20.0 per dollar, logging its fourth year in the same range without counting last year’s big drop.

“In light of the global uncertainty and given the Mexican agenda, with the mid-term elections likely to add more short-term volatility in the coming days, we suggest buying dollars in dips for trading purposes,” Banorte analysts wrote in a report.

(For other stories from the June Reuters foreign exchange poll:)

(Reporting and polling by Gabriel Burin in Buenos Aires; Additional polling by Tushar Goenka and Hari Kishan in Bengaluru; Editing by Bernadette Baum) 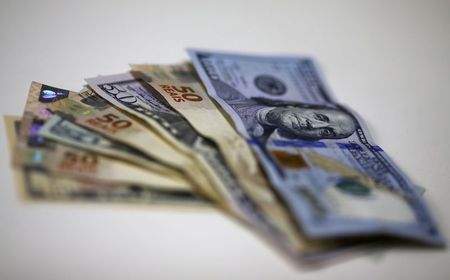 Dubai a favorite destination as some Moscow-based bankers beat path to...