(Reuters) – Brazilian agricultural conglomerate Amaggi is boosting capital spending sevenfold this year to 2.3 billion reais ($436 million) as it aggressively expands into parts of the supply chain in a bid to fend off foreign rivals like Cofco and Cargill.

Amaggi, which plants, processes and trades in grains, is building two new fertilizer plants, one in Mato Grosso, where it is headquartered, and a second in the northern state of Rondonia, Carvalho said in a rare interview.

China’s Cofco and U.S. firms like ADM, Bunge and Cargill own competing soy processing plants in the state, and Amaggi’s investment is likely to fuel even more competition to originate and crush oilseeds there.

“We are in all phases of the supply chain,” Carvalho said, citing relationships with some 6,000 farmers as well as production from its own farms. “Our structure makes our decision-making process faster than that of the ABDC’s,” he said, referring to global rivals.

Amaggi’s investment will raise its grain storage capacity as well as expand its electricity generating business, which will have total installed capacity of 90MW by 2023, enough to supply a city of 260,000 inhabitants.

Carvalho, who has worked at the company for more than three decades, declined to say how much Amaggi paid for Grupo O Telhar Agro, a deal announced in March that will boost the group’s farmable area by a fifth to nearly 350,000 hectares (864,868 acres). But he confirmed the move is expected to raise Amaggi’s oilseeds and fiber output by over a third from the current 1.1 million tonnes.

Amaggi also has interests in banking and a non-GMO soymeal plant in Norway.

In 2020, Amaggi traded in some 14 million tonnes of grains globally, an amount seen hitting 17.5 million tonnes this year, Carvalho said. According to shipping data, it was Brazil’s largest corn and No. 5 soy exporter through July.

Carvalho credited a “solid governance structure” that excludes any members of the billionaire Maggi family that controls the company with helping it to execute its bold expansion and navigate volatility during the pandemic, when some traders faced financing risk.

“The pandemic turned the market upside down,” Carvalho said. “If your financial partners are afraid of Brazil or of your businesses, this can be a serious problem.” 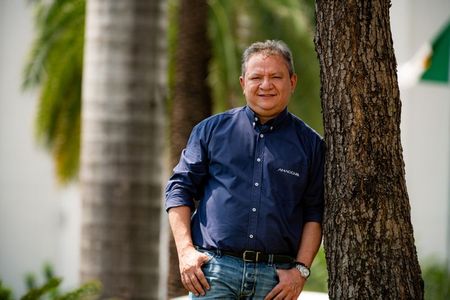 Bitcoin slumps 8% as it heads for bruising monthly drop

Britain’s IG to buy tastytrade for $1 billion in U.S. foray