WASHINGTON (Reuters) – Lael Brainard, who has been nominated as vice chair of the Federal Reserve, has been a mainstay in Democratic policy circles since joining the administration of former President Bill Clinton in the 1990s, including stints running a global economics program at the Brookings Institution and as former President Barack Obama’s top Treasury liaison for international affairs.

But it is as a Federal Reserve governor the last seven years that she has come into her own as a policymaker, with broad influence over central bank affairs from monetary policy to financial regulation, climate change and the Fed’s relationship with less well-off communities.

Brainard, 59, is now going to expand that influence with her appointment as vice chair, the No. 2 role at the Fed, although it means she has been passed over for promotion to the top slot, in a sign President Joe Biden valued continuity in reappointing Jerome Powell, a Republican, over the desires of his progressive wing.

If she is confirmed and serves at least the full four-year term, she’d have the longest unbroken stint on the Fed board since Alan Greenspan’s nearly 18.5 years as Fed chair.

That longevity has already left an imprint.

Appointed to the Fed in 2014, she brought not only a Harvard economics PhD to the job but a deep set of global contacts as well. Yet she at first held her counsel, waiting a full year before giving a speech on monetary policy.

When she did it marked a turning point in what was then an intense Fed debate over when to raise interest rates for the first time since the 2007 to 2009 financial crisis and recession. The Fed seemed poised to act, but Brainard’s inaugural policy speech in June 2015 crystallized the case for waiting as global economic data weakened and, she argued, posed risks for the United States as well.

That first rate hike didn’t happen until the Fed’s December 2015 meeting. While Brainard went along with it, transcripts of that session show her making arguments that would eventually gain broad acceptance as the central bank reconciled it was living in a low interest rate world that likely needed a new approach.

She pushed for that as the Fed steered toward a new framework that put more emphasis on jobs, at one point acknowledging that some of the rate increases she voted for under then Chair Janet Yellen were probably ill-advised.

She has not always won. In recent years, with Republican-appointee Randal Quarles as vice chair for financial regulation, she dissented 23 times on regulatory and supervisory issues she felt would make the financial system less safe or less resilient to outside shocks.

But her persistence through those years has paid off. Appointed to a full 14-year term that extends to 2028 – Fed governors often only serve partial terms because they fill spots made open by resignations – she was the rare Obama appointee who outlasted President Donald Trump, and now takes on an even more prominent role under Biden. 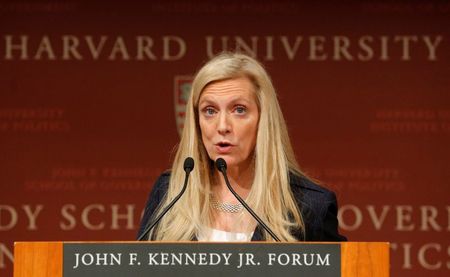 Daimler wants to produce its own battery cells – Business Insider

Huawei to pack less of a punch in the new year...