HONG KONG (Reuters) – Drugmaker Mundipharma has included Boyu Capital and state-owned Sinopharm on a shortlist of bidders for its Chinese business, two people familiar with the situation said.

Chinese buyout firms CITIC Capital and CPE are also on the shortlist for Mundipharma’s China unit, which sources have said could fetch more than $1 billion.

Mundipharma, which is owned by the billionaire American Sackler family, has chosen about half of around 20 initial possible buyers, including private equity firms and strategic players, to proceed to the next round, one of the people said.

Bids for the second round are non-binding and are due in July, the sources, who declined to be identified as the information is confidential, told Reuters.

A spokesperson for Sinopharm said it could not comment as it did not have any relevant information on the transaction.

Boyu and CITIC Capital did not respond to Reuters queries.

Mundipharma, which is based in Cambridge, Britain, says it has a presence in 120 countries and $2 billion in global sales from drugs for pain management and supportive care, diabetes, oncology and respiratory diseases, among others.

Mundipharma launched in China, where its business now has more than 1,500 employees, in 1993 with a high-profile ceremony at the Great Hall of the People on Tiananmen Square.

Its Beijing factory is the biggest maker of narcotic and psychoactive drugs in the country, its website says, with the painkiller OxyContin one of the Chinese unit’s core products.

Deutsche Bank is advising Mundipharma on the sale, Reuters has previously reported. The German bank declined to comment. 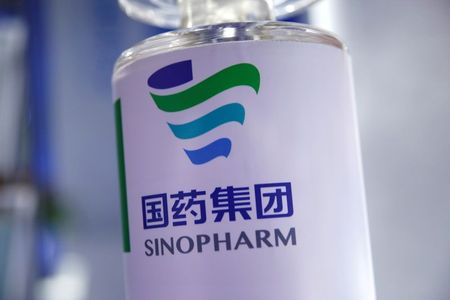 White House says reforms should happen given concerns about Facebook

Citi says Mexico consumer bank a ‘jewel,’ as it gears up to sell