BERLIN (Reuters) – Several thousand workers at autos supplier Robert Bosch protested in Germany on Friday against planned plant closures and job relocations which the company said are needed to adapt to changing demand in the transition to electric vehicles.

Around 3,000 workers from various plants gathered outside a Bosch plant in Buehl, union IG Metall said, where around 1,000 staff in Germany will lose their jobs by 2025 as a result of relocations, cuts, or new hires, according to the company.

Workers also gathered in the town of Arnstadt, where a plant making so-called generator regulators – a car part no longer needed in electric vehicles – is due to close at the end of the year because of a lack of customers, taking a hundred jobs with it.

Protests also took place outside Bosch’s Munich plant, where 250 jobs could be relocated abroad, though no final decision has been made.

“On every fuel pump manufactured in Munich, we make losses,” plant manager Joerg Luntz said in an email to Reuters.

“Nobody denies that structural change at Bosch requires great effort. But the transformation must be fair and have workers in focus,” Frank Sell, head of the works council for Bosch’s mobility solutions division, said.

A spokesperson for Bosch, the world’s largest automotive supplier, said: “Our aim is always to design measures in dialogue with social representatives with the aim of exhausting all opportunities for continued employment … while also pointing towards opportunities for new employment outside the company.”

Unions in Germany and elsewhere have warned the transition to producing electric cars could cost millions of jobs if workers are not retrained, with one study in May estimating 100,000 positions could be lost in Germany alone. 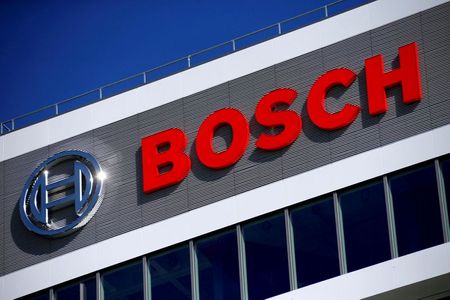 Airbus and Air France ordered to stand trial over 2009 crash

Explainer-Why is the yield curve flattening and what does it mean?