PARIS (Reuters) – French billionaire Vincent Bollore’s family-owned group has pledged to media giant Vivendi that it will not request an exemption to file a tender offer on Vivendi’s shares if it crosses the 30% threshold in capital ownership or voting rights, Vivendi said.

Vivendi’s June 22 annual shareholders’ meeting will have a resolution giving Vivendi the possibility of buying back and cancelling up to 50% of its capital, prompting some investors to question the rationale of such a proposition.

Bollore is Vivendi’s top shareholder with a 27% stake in the company. The tycoon effectively controls the Paris-based group.

Bollore’s group said in a letter to Vivendi that it could also sell some of its Vivendi shares if were to participate in the share capital reduction by tendering its shares.

Glass Lewis and ISS, the world’s two biggest proxy advisers, have recommended investors vote against the share buy-back and cancellation resolutions, saying it was not in shareholders’ best interests.

Glass Lewis cited concerns expressed by activist fund Bluebell that Bollore could use this tool to increase his stake in the media group without making a tender offer.

Vivendi is in the process of spinning off its Universal Music Group (UMG) division, which is the music label behind artists such as Lady Gaga and Taylor Swift.

Universal is valued at roughly 35 billion euros ($43 billion), including debt, according to Vivendi. 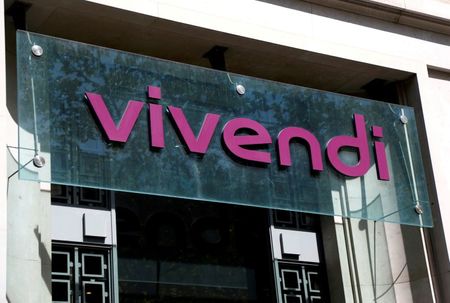