TOKYO (Reuters) -A shortage of semiconductor chips may persist for the rest of this year if the coronavirus pandemic keeps Southeast Asian factories shut, a Bank of Japan policymaker said, highlighting supply constraints as among key risks to the global economy.

BOJ board member Toyoaki Nakamura said Japan’s economy is expected to recover as the pandemic’s impact fades, pointing to the boost to growth from robust global demand and a recovery in capital expenditure.

But he warned the outlook was “highly uncertain” with risks skewed to the downside, as a worldwide resurgence in COVID-19 infection cases force Japan to expand state of emergency curbs and disrupt factory production in Asia.

“If the pandemic suspends chip production in Southeast Asian factories, that will emerge as among source of uncertainty for the global economy,” Nakamura told an online news conference on Wednesday. “The chip crunch may not be fixed for the rest of this year.”

Nakamura’s remarks are the strongest warning to date by a BOJ policymaker of the broadening impact of the chip crunch, which has affected Japanese manufacturers including auto giant Toyota Motor Corp.

Car makers worldwide have been cutting production due to the months-long chip shortage. A resurgence in COVID-19 cases in Japan, Philippines, Thailand, Vietnam and Malaysia – home to auto factories and chip plants – have led to stricter curbs and compounded the crisis.

The disruption in output may hurt exports, which have been the key driver of Japan’s fragile economic recovery, and cast doubt on the BOJ’s projection the world’s third-largest economy will improve as shipments offset the weakness in consumption.

A former corporate executive, Nakamura signalled hope that consumption will get a boost from pent-up demand for services once households feel safe to start spending off their record 1,056 trillion yen ($9.61 trillion) in savings.

“There’s a chance economic activity may strengthen more than expected” once pent-up demand materialises, he said.

But Nakamura said such an impact may not heighten until around or after the year-end holidays due to the resurgence of infections, instead of around summer as initially expected.

As new Delta variant cases continue to rise, Japan is set later on Wednesday to expand states of emergency to eight more prefectures, taking the total to 21 regions under curbs and covering nearly 80% of its population.

Japan’s economy rebounded more than expected in the second quarter. But many analysts expect growth to remain modest in the current quarter as curbs to combat the pandemic hurt spending. 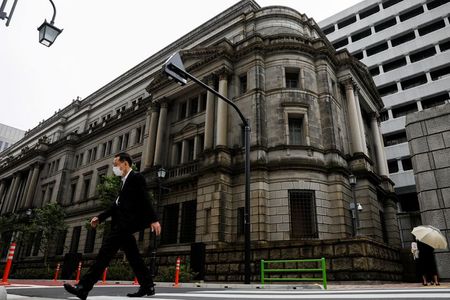 Over 80% of oil output in Gulf of Mexico still offline...

Trust, equity and sustainability: VMware’s Gelsinger on a 2030 Agenda