TOKYO (Reuters) – The Bank of Japan is set to keep its money spigots wide open and may extend its pandemic-relief programmes next week to support a fragile economic recovery, reinforcing expectations it will lag major counterparts in dialing back crisis-mode policies.

While extended state of emergency curbs to combat the coronavirus are weighing on consumption, BOJ policymakers have become cautiously optimistic on the outlook as exports remain solid, sources familiar with its thinking say.

An emerging new worry among policymakers is a spike in prices of raw materials ranging from oil to lumber to metals that pushed wholesale inflation to a 13-year high in May, pinching profits for companies still reeling from the pandemic’s hit.

But Japan has not seen the kind of inflationary pressure building up in some western economies, as sluggish demand prevents firms from passing on rising costs to consumers.

Core consumer prices fell 0.1% in April from a year earlier, marking the ninth straight month of declines and remaining distant from the BOJ’s 2% target.

“Business-to-business prices are rising but the pass-through to consumer inflation is weak,” said one of the sources. “Even if the economy recovers, soft inflation will keep the BOJ from dialing back stimulus any time soon.”

At its two-day policy meeting ending on June 18, the BOJ is set to maintain its yield curve control (YCC) targets at -0.1% for short-term interest rates at 0% for 10-year bond yields.

It is also expected to reaffirm its pledge to buy assets such as bonds and exchange-traded funds (ETFs), though it has been scaling back huge purchases to make its long running stimulus programme more sustainable.

The board will also debate whether to extend a September deadline for a raft of programmes introduced last year to channel funds to cash-strapped firms.

With service industries still suffering from the pandemic, the BOJ may decide on an extension as early as next week’s rate review, the sources said.

But there is a chance the BOJ may put off the decision until next month to scrutinise its “tankan” business survey, due on July 1, or make tweaks to the programmes to better target smaller firms in need of help, they said.

Japan’s economy shrank an annualised 3.9% in the first quarter and is seen making only a modest rebound, if any, in the current quarter after an extension of coronavirus emergency curbs for Tokyo and other major areas.

While the BOJ is seen offering a gloomy view on consumption next week, it will likely predict that stronger-than-expected exports and output will help the economy recover steadily in the latter half of this year, the sources said. 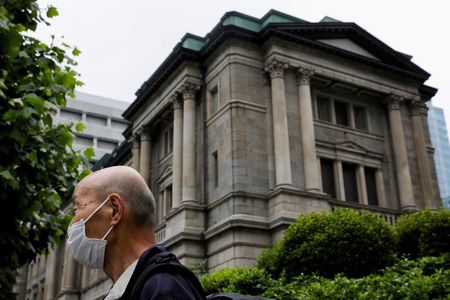 ECB should hold off on policy moves until Ukraine clarity: Panetta