LONDON (Reuters) -Boeing has seen demand for widebody jets including for freighters recover, starting to follow the already strong demand for narrowbody planes, its head of Commercial Airplanes said.

Stan Deal told the Aviation Club UK that while there were some negatives on the horizon, such as the war in Ukraine and surging rates of global inflation, the market as a whole was recovering strongly.

“All of a sudden we’ve gone from a deep slowdown to a rapid acceleration,” he said. “We’re seeing now more demand for wide body.”

“Interestingly, it kind of started with the U.S. and then the Middle East and even into Europe.

“Not having the widebody totally synchronised to the narrowbody demand return has been a bit of help.”

He added that the next major challenge for the industry was the resilience of the supply chain. “Bringing that back is proving to be a bigger task. But I think it’s a momentary issue.”

On a tight jobs market he added that he expected staff shortages to correct itself in the airline sector over time. 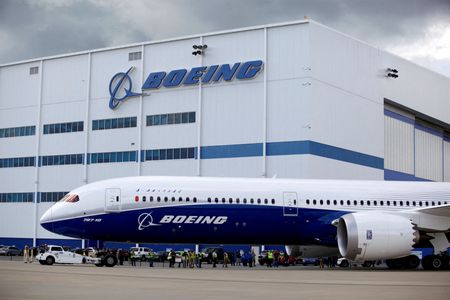 Honda to spend over $1 billion to upgrade Ontario factories

Factbox-Biden throttles trade between the U.S. and Russia