SEATTLE (Reuters) – Boeing Co said on Tuesday airplane deliveries rose to 35 in September as it benefited from an uptick in domestic travel, but its 787 program remains hobbled by structural defects.

That was 13 more planes than in August and 24 more than in September last year.

Of the 35 jetliners delivered last month, 26 were 737 MAX passenger jets and one was a P-8 maritime patrol aircraft to the U.K. Royal Air Force.

The closely watched monthly snapshot comes as Boeing tries to recoup billions of dollars in lost sales from the coronavirus pandemic, and move beyond a safety scandal caused by two fatal 737 MAX crashes.

Boeing also said it delivered 8 widebodies including one 747-8 freighter to United Parcel Service, two 767 freighters to FedEx Corp and one 767 tanker for the U.S. Air Force.

Of these, 194 were for its best-selling 737 MAX jets which returned to service in late 2020 following a near two-year safety ban.

But Boeing continues to grapple with structural defects in its bigger 787, which have caused it to cut production and halt deliveries.

Total aircraft orders for September, after cancellations and instances where a buyer converted an order for one type of aircraft to another, stood at 22.

That included 16 737 MAX, six 777 freighters and a contract for five P-8 aircraft for the German Navy.

That brings orders for the year so far to 710, or 302 after cancellations and conversions, Boeing said. 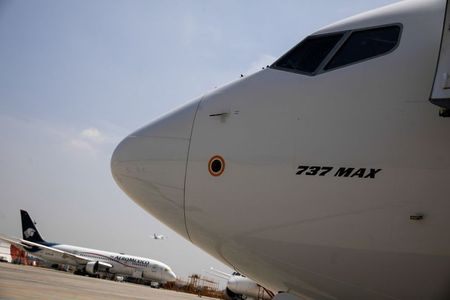 With green energy, Japanese governor wants to take Fukushima out of nuclear shadow

Microsoft to continue talks to buy TikTok from ByteDance