SEATTLE (Reuters) -Boeing Co said on Tuesday it delivered 10 737 MAX jets in May compared with four a month earlier, as the U.S. planemaker works past an electrical issue that cut off a key source of cash earlier this year.

Chicago-based Boeing said it delivered a total of 17 airplanes to carriers in May, bringing the delivery total for the first five months of the year to 111 aircraft, the latest company data released on Tuesday shows.

In addition to the 10 737 MAX jets, Boeing said it delivered two 787 Dreamliners to airlines in May. Deliveries of the jet were temporarily halted as the Federal Aviation Administration reviewed further analysis and data over production-related flaws.

Boeing’s jet deliveries are closely scrutinized by investors because they generate much-needed cash for a company weathering fallout from the coronavirus pandemic and an earlier safety crisis following two 737 MAX crashes.

Boeing also said it handed over one 747-8 to United Parcel Service Inc, two 767s and one 777 to rival FedEx Corp last month, and booked 73 gross orders.

The gross orders were comprised of 61 737 MAX jets, including a fresh order of 34 from U.S. carrier Southwest Airlines Co, and five 787-9 Dreamliners and one 777 freighter for Germany’s Lufthansa. Unnamed buyers ordered six additional 777 freighters.

Bookings for U.S. airlines are expected to rebound this year on the back of speedy COVID-19 vaccinations and easing restrictions after the pandemic caused one of the industry’s worst downturns.

Net of cancellations and conversions, Boeing booked 20 aircraft orders last month and added 73 orders to its backlog that had previously been removed due to adjustments for stricter accounting standards.

Gross orders for the first five months were 380 airplanes. Net orders after accounting adjustments were 177 aircraft for the same period, Boeing said, up from 84 planes in April.

Boeing said its official backlog grew to 4,121 aircraft orders in May, from 4,045 in April. 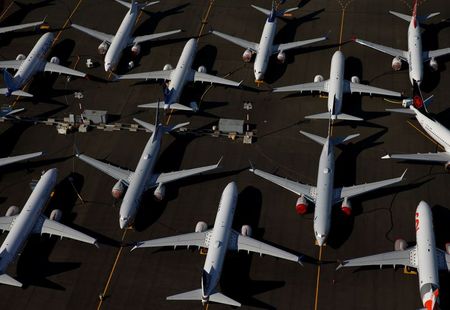 Fed’s Williams: potential for stablecoins to be “very useful”