The launch of the actively-managed, unconstrained equity fund by BlackRock’s newly-established unit in Shanghai is being closely watched, said Ivan Shi, head of research at fund consultancy Z-Ben Advisors.

“It’s a very localised product,” Shi said. “It attracts a lot of industry attention because it’s the first mutual fund product by a wholly-owned foreign fund house in China.”

BlackRock became the first foreign asset manager to operate a wholly-owned mutual fund business in China after the government scrapped a foreign ownership cap in the industry on April 1, 2020.

In addition, the U.S. fund giant, which entered China more than 15 years ago, recently set up a majority-owned Chinese wealth management joint venture, which will also launch a maiden product soon.

“When we operate globally, we pay a lot of attention to really immersing into local markets, so that we can satisfy unique needs of local clients,” Tony Tang, BlackRock’s head of China, told a recent online roadshow.

The asset manager will roll out passively-managed funds in China in the future, Tang said.

China’s mutual fund market is expected to grow to 60 trillion yuan ($8.75 trillion) in a decade, Z-Ben Advisors estimates, but competition is fierce in a sector crowded with more than 150 players.

The New Horizon fund, to be managed by investment veteran Alex Tang, and Shan Xiuli, will focus on five areas including new energy, consumption, digital transformation, retirement, and technology, according to BlackRock’s official website. 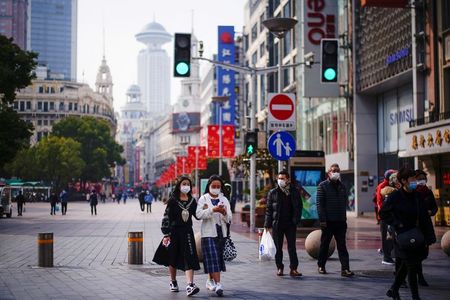 By Rocky Swift and Ju-min Park ...

A look at the day ahead from Sujata Rao ...