(Reuters) -The Biden administration’s plan to rely on ally nations for most of the metals needed to build electric vehicles ignores the complexity of modern mining and could keep the United States from meeting aggressive climate goals, according to industry executives.

Reuters reported on Tuesday that President Joe Biden plans to look abroad for most supplies of EV metals and focus on domestic processing into battery parts, part of a strategy designed to placate environmentalists and counter to a private commitment to miners last autumn to allow more domestic mining.

U.S. Senator John Barrasso, the top Republican on the Senate Energy and Natural Resources Committee, said on Wednesday in response to the Reuters story that Biden is bowing to pressure from environmentalists.

“We have these minerals here. We should produce them and use them for American workers and consumers,” said Barrasso, who represents Wyoming.

“The approach is deeply naive and very dangerous to the United States supply chain for electric vehicles,” said James Calaway, chairman of ioneer Ltd, which is developing the Rhyolite Ridge lithium project in Nevada.

“Given the administration’s timeline, they have no choice but to allow more domestic mines,” said Jon Evans, chief executive of Lithium Americas Corp, which is developing the Thacker Pass lithium deposit in Nevada.

Underscoring the supply challenge, the International Energy Agency this month forecast global demand for lithium will jump 40 times by 2040, while cobalt and nickel demand would rise at least 20 times.

Chile and Australia – the world’s two largest producers of lithium – ship most of their product to Asia for processing into battery cathodes and other parts. Expecting those countries to divert existing supply chains to the United States is not realistic, executives said.

“American manufacturing must include sourcing the raw materials needed for manufacturing here in the United States, rather than continuing to rely on other countries for these resources,” said Kathy Graul of Antofagasta Plc’s proposed Twin Metals copper mine project in Minnesota.

U.S. Agriculture Secretary Tom Vilsack – who oversees the U.S. Forest Service – said earlier this month he was undecided on whether to temporarily block that project.

The Biden administration in February temporarily blocked Rio Tinto Plc’s Resolution copper project in Arizona, a project that would, if built, supply a quarter of U.S. demand for the red metal.

While the Biden administration may want to rely on mineral deposits in ally nations, it will have competition from China, which is willing to pay top dollar, industry leaders said.

“The U.S. government cannot make assumptions that non-U.S. rare earth producers will sell their materials into the U.S. supply chain and not to China,” said Pini Althaus, chief executive of privately-held USA Rare Earth, which is developing a rare earths mine in Texas and building a battery facility in North Carolina. Rare earths are used to make magnets found in EVs and most electronics.

The United States is not planning to abandon domestic mining altogether, according to Ali Zaidi, the deputy White House national climate adviser.

Zaidi said that “building American-made EVs and shipping them around the world will include leveraging American-made parts and resources,” including responsibly pursuing and mining EV battery metals.

To be sure, the U.S. mining industry knows ally supply will be needed. Given expansion plans from automakers, the United States is unlikely to be able to supply more than 30% of the lithium it needs to build EVs domestically by 2030, said Joe Lowry, an independent lithium industry consultant.

“Allies were always going to need to be part of the lithium supply equation,” he said. 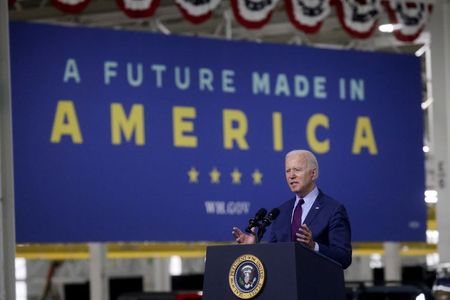 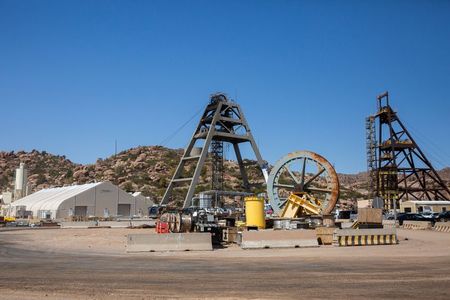 Russian carmaker Avtovaz may suspend some assembly lines on Monday due...