(Reuters) -U.S. President Joe Biden will nominate Shalanda Young to be director of the White House Office of Management and Budget (OMB), a source familiar with the decision said on Tuesday.

Young, who currently serves as acting OMB director, must be confirmed by the Senate for the post. Biden’s first pick for the job, Neera Tanden, withdrew from consideration in March after she ran into stiff opposition over tweets that upset lawmakers.

Young’s nomination was first reported by the Washington Post.

Young, a former staffer in the House of Representatives, will be the first Black woman to serve in the role. She was confirmed to the deputy position in March with votes from Democrats and Republicans.

She will continue to serve as acting director until she is confirmed by the Senate, the source said.

“In her eight months as acting director of OMB, she has continued to impress the president and leaders in Congress,” the source said. 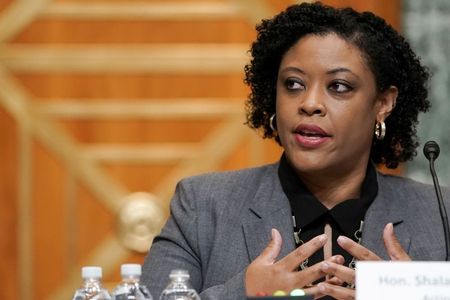 Federer-backed shoemaker ON prices IPO above range, valued at over $6 billion