By Diane Bartz and David Shepardson

“It is the honor of my life to be nominated to serve on the FTC. When my family landed at JFK in 1987 with 4 suitcases and a grad student stipend, this was not what we expected,” tweeted Bedoya on Monday afternoon. “Vamos,” he added, which is Spanish for “let’s go.”

Bedoya, the founding director of Georgetown Law’s Center on Privacy & Technology, is also a former chief counsel of the U.S. Senate Judiciary subcommittee on privacy, technology and the law. The FTC post requires Senate confirmation.

In its statement, the White House praised Bedoya for work exposing the harms of facial recognition technology, leading to restrictions on its use and audits to ferret out biases in the systems.

Bedoya in a lecture at the University of New Mexico in 2019 called privacy “a civil right.”

Bedoya has been skeptical of widespread, untargeted use of facial recognition technology, calling it in a 2017 newspaper opinion piece something that creates “profound questions about the future of our society.” In the piece, Bedoya also notes that the software often makes mistakes, particularly when searching for the faces of African Americans, women and young people.

Bedoya, if confirmed, would step into a post currently held by Rohit Chopra, who has been nominated by Biden to head the Consumer Financial Protection Bureau (CFPB)- a political lightning rod since it was created following the 2009 financial crisis.

Bedoya was born in Peru but is a naturalized U.S. citizen.

The five-member FTC currently has three Democrats, including Chairwoman Lina Khan, and two Republicans. If Chopra were to be confirmed to the CFPB and step down, the FTC would have two members from each party.

FTC Commissioner Noah Phillips, a Republican, said on Twitter that Bedoya “would bring a bright and thoughtful voice and a depth of experience working across the aisle on privacy to the FTC.”

(Reporting by David Shepardson, Nandita Bose and Diane Bartz; Editing by Will Dunham and Aurora Ellis) 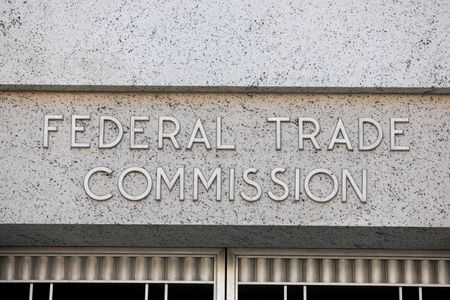