WASHINGTON (Reuters) – President Joe Biden’s proposed budget would give an 11% funding increase to the Federal Trade Commission as well as a hefty boost to the Justice Department’s Antitrust Division, both of which filed major lawsuits against big tech companies last year.

The agencies, which review mergers to ensure they comply with antitrust law and other enforcement, have been at the center of a political storm, with progressives and some Republicans accusing them of being too lax.

Under the Biden budget, released Friday, the FTC, which has about 1,140 people and also investigates companies accused of deceiving consumers, would see its staff increase to about 1,250 in the 2022 fiscal year, which begins on Oct. 1.

The Biden budget for the next fiscal year envisions the agency spending $389.8 million. That’s an increase from $351 million this year, or about 11%.

Under Biden’s plan, the Justice Department’s Antitrust Division would see its budget increase from $185 million to $201 million, an increase of 8.6%.

The president’s budget is generally seen as a statement of intent in terms of policies.

In addition to being at the center of a policy debate, the agencies filed major antitrust lawsuits last year. The Justice Department sued Alphabet’s Google while the FTC sued Facebook.

One big expense has been the cost of expert witnesses at big trials, such as coming fights with Google and Facebook.

Senator Amy Klobuchar, who chairs the Senate’s key antitrust panel, introduced a bill to Congress to increase authorizations even more, giving the FTC $418 million while the Justice Department’s Antitrust Division would receive $252 million. 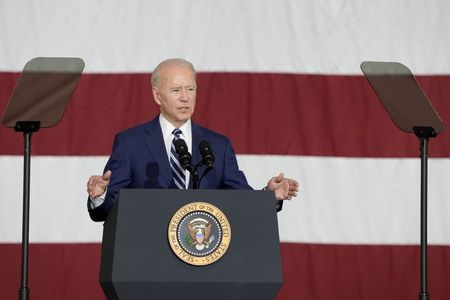 Marketmind: Rate hikes on my mind