WASHINGTON (Reuters) -The Biden administration on Friday said it was seeking buyers for offshore wind energy leases in the shallow waters between Long Island and New Jersey as part of its effort to ramp up the share of offshore wind generation over the next decade.

In a statement, the U.S. Department of the Interior said the proposed sale for offshore wind development on the Outer Continental shelf in the New York Bight has “the potential to unlock over 7 gigawatts of offshore wind energy, powering more than 2.6 million homes and supporting thousands of new jobs.”

The proposed lease sale also came with a stipulation that bidders create union jobs. The Biden administration has said it wants to build up a clean energy economy with union labor.

“The development of renewable energy resources is an important piece of addressing” climate change, Interior Secretary Deb Haaland said in the statement, adding the “new proposed lease stipulations puts a priority on creating and sustaining good-paying union jobs as we build a clean energy economy.”

The move is the administration’s latest move to double the capacity of fledging U.S. offshore wind capacity by 2030 and decarbonize the power sector by 2035.

It is also exploring wind energy potential in the Gulf of Mexico and California, and is reviewing projects in another area of New Jersey as well as Rhode Island.

The area up for sale Friday includes eight lease sites that could be auctioned for commercial wind energy development and is open for 60 days of public comments before a final sale decision is made, the Interior Department’s Bureau of Ocean Energy Management said, adding it was the first such proposed lease of the Biden administration.

The offshore energy lobby group said the announcement will be an economic boon for the east coast. 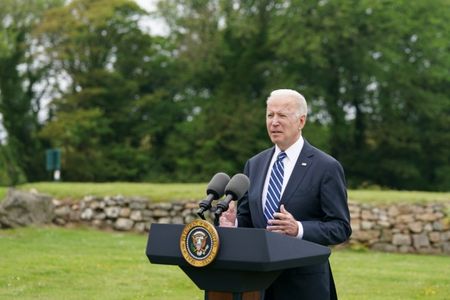 Japan Inc hikes pay by more than 2%, not enough for...