LONDON (Reuters) – Poor trading data is hampering the European Union’s capital market, ruling out any radical reform to securities rules before statistics have been improved, a senior official from the bloc said on Friday.

Banks and stock exchanges are at loggerheads over changes being considered by Brussels to the EU’s bond and stock trading rules, knowns as ‘MiFID II’.

Exchanges want a 15-minute delay in how their prices are published across markets in a planned “consolidated tape” of completed transactions, while asset managers and regulators want real-time publication.

Bourses also want tougher rules on trading away from mainstream platforms but banks say such moves are unnecessary because most trading happens on exchanges. Banks say figures showing a large volume of trading happening off exchanges are swelled by ‘technical’ trades that have no influence on prices.

“Before we have a complete picture, we are not going to take overly radical decisions,” Tilman Lueder, head of securities markets at the EU’s executive, the European Commission, told an event held by European markets lobby AFME.

Commission proposals to amend MiFID II are due before year end as the bloc seeks to deepen its capital market after Britain’s exit last December.

Lueder said retail investors, key to deepening the bloc’s capital market, are “third tier” participants due to the lag in the prices they get, compared with deep-pocketed players who can afford real time prices.

“We need to get the retail more involved and the only way to do this is to give them information parity with the rest of the market,” Lueder said.

“Our proposal will leave a lot of scope for private initiative, and lot of scope for people to register as a provider of a tape to get harmonised data, whether they want to provide this on a delayed basis or on a real time basis,” Lueder said.

“I think we should leave the market also some opportunity to take some decisions here.” 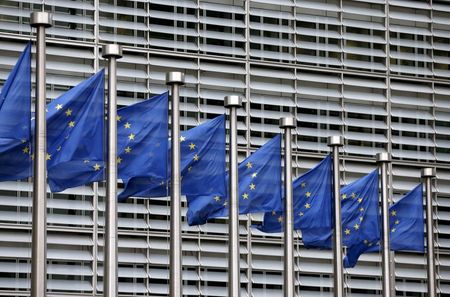