MILAN (Reuters) -The Benetton family is open to a potential deal to expand Autogrill and may reduce its majority stake in the group, a source familiar with the matter said on Tuesday, adding that the family wants to remain a key investor.

Motorway and airport caterer Autogrill said earlier it was having talks with industry peers and reviewing its options after Bloomberg reported on a potential tie-up with Swiss duty-free retailer Dufry.

The Milan-based caterer is 50.1% owned by the Benetton family, which last week teamed up with U.S. investment fund Blackstone to announce a multibillion-euro bid to buy out infrastructure group Atlantia.

“The group is interested in exploring various strategic options, and to this end it is having talks also with sector participants to further promote the development of Autogrill and create value for all stakeholders,” Autogrill said in a statement.

Shares in Autogrill rose more than 10% on Tuesday after the Bloomberg report said that Dufry was exploring a possible combination with the Italian group.

In January the Benettons had said that Autogrill was among strategic investments for the family.

The source on Tuesday said that under the leadership of Benetton scion Alessandro the family was taking a more active approach in the overhaul of its economic empire. The source confirmed that the Benettons did not want to exit from Autogrill.

The possibility of a tie-up between Autogrill and Dufry also surfaced in June last year. At that time, both the Italian caterer and the Swiss group dismissed the idea of an alliance. 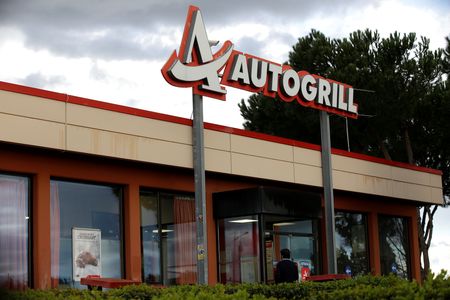