Its earnings beat in the three months through July was propelled almost entirely by lower-than-expected provisions for credit losses, with pre-tax, pre-provision earnings (PTPP) missing estimates as net interest margins declined in its international banking unit.

BMO’s better-than-expected earnings were driven by strong revenues thanks to fee growth in Canadian banking and capital markets, with an added boost from the C$70 million ($55.53 million) it released from reserves to cover potential bad loans.

Both had strong wealth management growth.

“Scotiabank’s PTPP miss was of particular concern, mostly for international banking, which we continue to view as key to a potential rerating of (its) valuation,” Credit Suisse analyst Mike Rizvanovic wrote in a note.

BMO’s strong quarter was driven by “strength in the bank’s top-line that drove a much better-than-forecast PTPP result,” he said.

While declining provisions continue to drive earnings, Canadian bank investors are looking for signs of improvement in lending, particularly as capital markets businesses, which have helped lift profits over the last few quarters, had a mixed performance.

In Canada, Scotiabank’s 7% year-on-year loan growth at home, driven by both mortgage and business lending, helped offset a 12% decline in loans overseas. While BMO’s Canadian loans increased 5.4% from a year ago, with much of that driven by mortgages, U.S. lending fell 11%.

Those balances helped Scotiabank’s Canadian loan write-offs return to below pre-pandemic levels, with write-offs in its international unit expected to return to normal by next quarter, executives said on an analyst call.

Continued pick-up in loan growth will also be a tailwind against the impact on margins of a flatter yield curve, BMO executives said on their call.

Scotiabank’s pre-tax pre-provision (PTPP) earnings were down 1% both from a year ago and from the previous quarter as net interest margins in its Latin America-focused international banking business fell.

BMO’s PTPP rose 12% from a year ago and 6.8% from the second quarter, helped particularly by higher fee income and growth in Canadian earnings. 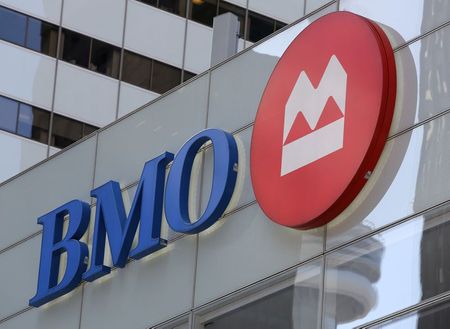 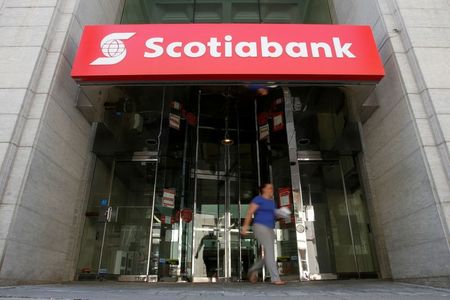