By Nichola Saminather and Niket Nishant

(Reuters) -Bank of Montreal (BMO) kicked off Canadian lenders’ second-quarter results reporting by strongly beating analysts’ estimates on Wednesday as it set aside fewer provisions than expected and its capital markets unit swung to a profit.

The measures at BMO, whose loan growth in recent quarters has been driven almost entirely by mortgages, similar to other Canadian banks, come as Canada’s central bank sounds alarm bells about risks due to rapid house price appreciation and regulators tighten lending requirements.

“But ultimately, our mortgages and loans are (based on) the borrower’s ability to pay, not the house price,” Cronin added.

As signs of an economic recovery emerge with COVID-19 vaccinations picking up, Canadian banks are continuing their better-than-expected run with loan losses remaining low. Strong trading activity and deal-making have also been a boon in recent quarters.

Bank of Montreal shares rose 0.25% to C$123.93 in morning trading in Toronto, versus a 0.4% gain in the Toronto stock benchmark, after touching an all-time intraday high on Tuesday. The Canadian bank benchmark was on track for a record close on Wednesday.

Investors had been expecting lenders to beat estimates.

BMO released C$95 million ($78.5 million) of reserves on performing loans, compared with provisions of C$705 million a year ago. The total provisions of C$60 million were nearly a quarter of what analysts had expected.

The higher qualifying rate for mortgages, set to take effect on June 1, is expected to affect about 5% to 10% of borrowers, executives said on the call.

(Reporting by Nichola Saminather and Niket Nishant; Editing by Devika Syamnath, Will Dunham and Louise Heavens) 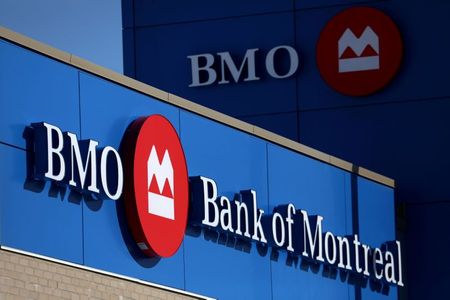 Putin bans forex transfers to outside Russia from March 1

Twitter CEO tells employees company is in the dark over future...