(Reuters) -Bank of America Corp beat estimates for third-quarter profit on Thursday, boosted by strong growth across its businesses and a release of reserves it had set aside last year to cover bad loans.

Net interest income, a key measure of how much banks make from lending, rose nearly 10% to $11.09 billion.

Excluding government-backed loans from the pandemic era Paycheck Protection Program (PPP), the bank grew average loans and leases by 2.3% in the third quarter from the prior quarter, although that figure fell 4.3% from last year.

“We had loan growth in every loan product at the company. It was very broad based,” the bank’s Chief Financial Officer Paul Donofrio said. “We are seeing more spending, we are adding more cards, and payment levels are still very high.”

BofA shares were up nearly 2.5% in trading before the bell.

Combined spending on credit and debit cards was up 21% to $201 billion in the quarter, the bank said.

The second-largest U.S. bank by assets released reserves of $1.1 billion in the quarter. It had set aside tens of billions of dollars last year to cover possible loan defaults, which it has steadily been releasing as the economic outlook improves.

Analysts on average had expected a profit of 71 cents per share, according to the IBES estimate from Refinitiv. 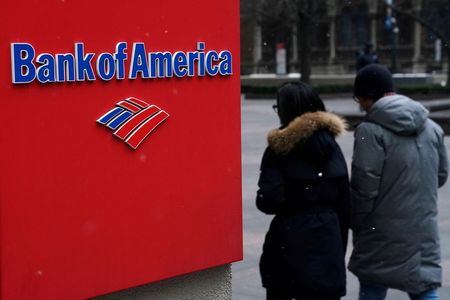 China’s export slowdown in July may signal more bumps ahead

Indian retailer group calls for ban on Amazon in country after...