LONDON (Reuters) -British defence company BAE Systems stuck to guidance for earnings to grow by 3% to 5% this year over 2020’s result and said that demand for its products and services remained high.

BAE, whose main customers are the United States, Britain and Saudi Arabia, also said that so far it had been able to overcome supply chain pressures affecting many other manufacturers globally, helped by the long-lead items it uses in programmes.

Defence has been largely unaffected by the pandemic, with governments sticking to military and security commitments, and BAE said that many countries where it operated planned to raise their defence budgets.

A builder of combat ships, submarines and fighter jets, BAE said that it was well-positioned to benefit from growing defence spending particularly in Asia Pacific through its Australia business.

“The recent AUKUS announcement is strategically significant,” BAE said in its statement on Monday, referring to a new defence pact singed between Australia, Britain and the United States in September.

The deal will help Australia acquire U.S. nuclear-powered submarines, seen as a boost for BAE, which already makes nuclear submarines for the UK.

“This is a clear example of how nations are looking to co-ordinate capabilities in multi-domain operations to address the threat environment,” BAE said.

The company added that it had to date completed 308 million pounds ($415.4 million) of a 500 million pound share buyback programme announced earlier this year. 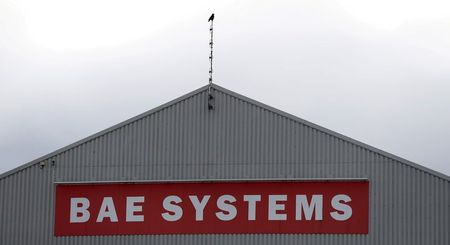