(Reuters) -Abbott Laboratories said on Saturday that it has reopened its baby formula production plant in Sturgis, Michigan, taking a step toward alleviating an acute nationwide shortage that has sent parents scrambling for supplies.

The company said it will begin production of EleCare and other specialty and metabolic formulas, with initial EleCare product release to consumers beginning on or about June 20.

The U.S. Food and Drug Administration said on May 19 that the plant was on track to open within one or two weeks.

The facility will open after meeting initial requirements agreed to with the FDA as part of the agreement Abbott entered into on May 16, the company said.

The plant shutdown and a recall of infant formula had deepened a supply shortage in a nation where, according to federal data from 2020, less than half of babies were exclusively breast-fed through their first three months.

Roughly 73% of baby products are out of stock nationwide as of May 22, according to data firm Datasembly.

Abbott started a recall in February after reports of bacterial infections in children who had consumed the formula made at the plant.

The FDA’s inspection of the Sturgis facility revealed “shocking” results such as cracks in vital equipment, a lack of adequate hand-washing and evidence of previous bacterial contamination.

Abbott has said there is no evidence to link its formulas to the illnesses, while the FDA’s inspection found bacteria in environmental testing and not in the product samples.

The FDA subsequently entered into a consent decree agreement that gave it oversight of Abbott’s actions to address problems at the plant.

Before the recall, Abbott controlled 40% of the infant formula market, including Similac, but the market share of other companies such as Reckitt Benckiser Group PLC has grown since then.

Even after the plant reopens, it may take weeks before formula supplies are back to normal, FDA Commissioner Robert Califf has said.

Global companies that make baby formula such as Neocate maker Danone SA are bringing products into the United States after the country’s health regulator relaxed its import policy.

(Reporting by Juby Babu and Manas Mishra in Bengaluru; Editing by Lisa Shumaker and Diane Craft) 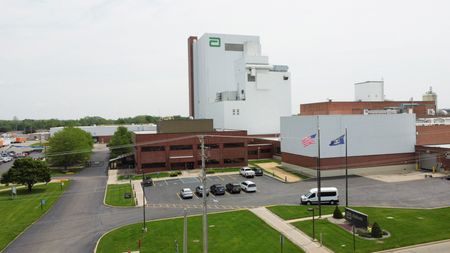 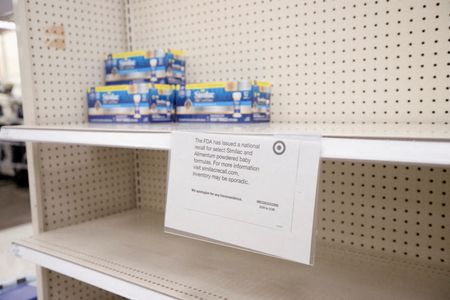 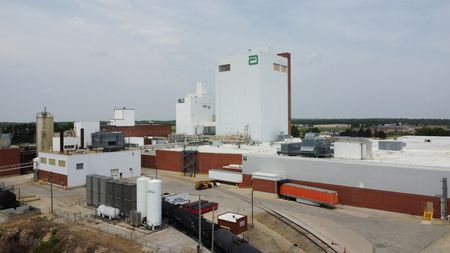