Azul’s shares rose more than 9% in Sao Paulo on the news, while LATAM’s shares in Santiago, where the airline is listed, were down 20%.

LATAM filed for bankruptcy protection a year ago and, while it has secured new liquidity in that process, it has yet to present a formal restructuring plan.

Azul, controlled by JetBlue Airways Corp founder David Neeleman, said in a securities filing on Monday that it was ready to lead a wave of consolidation in the Brazilian airline industry, which has been devastated by the COVID-19 pandemic.

On Wednesday, the newspaper Valor Economico also said Azul was trying to lure LATAM and talking to its aircraft lessors.

A LATAM spokeswoman said the airline had not received any offer from Azul, that talks were not in progress and that LATAM had no intention of selling any of its parts.

In addition to extensive international routes, LATAM has domestic operations, not just in Brazil but also in Chile, Peru, Ecuador and Colombia.

During the pandemic, Azul and LATAM developed a codeshare program to avoid competing in Brazil as the market shrank, which was blessed by regulators. That program suddenly ended this week, which Azul said was a reaction to its consolidation plans.

Industry analysts had said throughout 2020 that Azul might try to buy LATAM in Brazil. The two airlines divide Brazil’s market with a third carrier, Gol Linhas Aereas Inteligentes.

Gol’s shares were up 7% on Wednesday.

(Reporting by Marcelo Rochabrun; Editing by Kevin Liffey, Will Dunham and Edmund Blair) 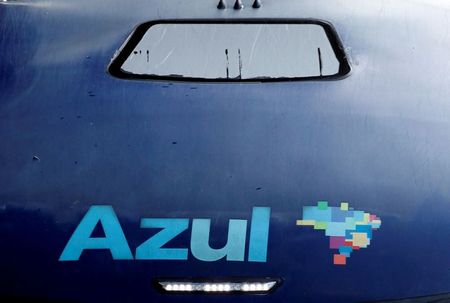 UK businesses most downbeat about profits since Q4 2020 – BCC

How Spirit Airlines CEO Christie did his JetBlue deal U-turn