By Sonali Paul and Harshita Swaminathan

MELBOURNE (Reuters) -Australia’s top power producer AGL Energy on Monday ditched plans to split the company and said its chairman and CEO would step down, caving in to opposition from billionaire climate activist and top shareholder Mike Cannon-Brookes.

AGL’s capitulation comes as the country’s biggest carbon emitter faces growing calls to speed up the closure of its coal-fired plants and invest in renewable energy, while under pressure to drive down electricity prices.

AGL shares fell as much as 4.6% in early trade on the uncertainty unleashed by the board’s backflip.

“Unfortunately for shareholders now, they have no chairman, no CEO and no strategy,” Barrenjoey analyst Dale Koenders said.

The firm maintains demerging its coal-focused generation business was the best way forward following a 75% slump in its shares over the previous five years, but resistance from Cannon-Brookes meant it would not be able to secure the required majority in a shareholder vote, AGL said.

AGL would have needed approval from 75% of shares voted to split into AGL Australia, an energy retailer, and Accel Energy, a power producer, but with Cannon-Brookes owning 11.3% and only around half of the group’s shares typically voted at an annual meeting, the vote was set to fail.

AGL said it would undertake a strategic review, with a focus on potential decarbonisation initiatives and also engage further with Grok Ventures, Cannon-Brookes’ investment vehicle.

“Wow. A huge day for Australia. Had to sit down & take it in,” Cannon-Brookes said in a post on Twitter. “We embrace the opportunities of decarbonisation with Aussie courage, tenacity & creativity. Lots of work but we CAN do this.”

Grok said it had requested a meeting with AGL’s two board members appointed to run the review, adding the company must be kept together and have a decarbonisation plan aligned with the Paris climate agreement.

“We will be seeking assurance from the co-chairs that the ‘strategic review’ is not code for selling off AGL’s assets piece by piece,” a Grok spokesperson said in an emailed statement.

AGL said it had spent A$160 million ($114 million), out of the A$260 million it had estimated for demerger-related costs.

AGL’s board said it was committed to working with all stakeholders to decarbonise AGL’s business at the fastest rate possible “while ensuring energy system stability, energy affordability for retail and industrial customers, and appropriate shareholder value outcomes”.

AGL said CEO Graeme Hunt will step down, but will stay in his role until a successor is named. A search for an independent chairperson is also underway, after which the incumbent Peter Botten will resign, it added.

Its strategic review will include new approaches for alternate transactions, AGL said.

In March, AGL rejected a A$5.4 billion buyout offer from Cannon-Brookes and Canada’s Brookfield Asset Management. AGL now has a market capitalisation of about A$5.92 billion.

“There is the opportunity for someone to come in and snap up AGL, but I don’t think AGL should focus on that,” said Jamie Hannah, deputy head of investments at Van Eck, among AGL’s top 15 shareholders.

“I think they should firmly focus on their long-term strategy for moving to renewables and decarbonising the electricity grid,” Hannah added.

Australia’s wholesale power prices have spiked this year due to outages at several coal-fired units, including at AGL’s Loy Yang plant, as well as soaring global coal and gas prices. Prices are expected to stay high for the next few years.

However, AGL is unlikely to benefit fully from those until 2024 when its price hedges roll off, Barrenjoey’s Koenders said.

“There’s definitely value over the next couple of years. But it might just be a tough 12 months to get to that value,” Koenders added.

(Reporting by Harshita Swaminathan in Bengaluru and Sonali Paul in Melbourne; Editing by Himani Sarkar) 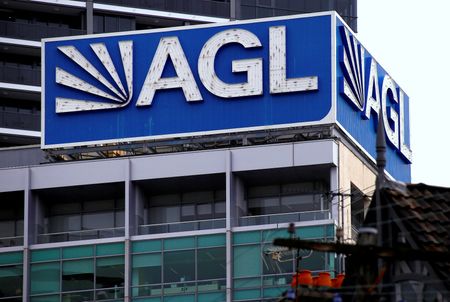 Russian rouble climbs to strongest in 7 years vs dollar, euro