SYDNEY (Reuters) -Australia’s anti-money-laundering agency on Monday widened a probe into due diligence at casinos to include the three biggest operators, ratcheting up pressure on a sector already struggling with the pandemic and heightened regulatory scrutiny.

That means owners of casinos in Australia’s five most populous cities now face enforcement investigations that could carry fines or restrict their licences.

Crown already has been under intense pressure after an inquiry this year found it unfit for a licence at a just-opened A$2.2 billion ($1.7 billion) Sydney casino, sparking royal commissions in two other states and fueling class-action lawsuits, as well as an AUSTRAC probe that was expanded to its Perth city resort on Monday.

“The Australian casino sector is at risk of criminal misuse due to the products and services they offer,” AUSTRAC CEO Nicole Rose wrote in an editorial published in The Australian newspaper hours before the casino operators disclosed the investigations in market filings.

“We have an enforcement investigation under way at Crown casino that demonstrates the seriousness of our concerns. And we also have significant compliance work under way on the casino sector,” Rose wrote.

AUSTRAC later confirmed the investigations – plus a separate investigation of No. 3 lender National Australia Bank Ltd – without commenting further.

All three casino companies said AUSTRAC was concerned with their management of “customers identified as high risk and politically exposed persons”, that the agency had not decided whether to take enforcement action, and that they would cooperate fully.

The crackdown may meanwhile complicate a A$9 billion buyout by Star of larger rival Crown, which has been fielding takeover approaches.

“If it’s found to be a systematic and ongoing lackadaisical attitude to enforcement then (a regulator objection) seems likely,” said Nathan Bell, portfolio manager of Intelligent Investor, which has Crown shares.

“If Star is seen to have good standards and there is a genuine effort to weed out these people then … the regulators would rather Crown was kept in Australian hands and Star’s takeover proposal would remain live.”

Angus Hewitt, an analyst at Morningstar, said the widening of the investigation was “obviously not good news for the embattled casinos, and we expect fines to be the most likely outcome”.

In a separate development, Crown said it had received legal advice that it had contravened casino laws by selling over A$160 million of gambling chips to people paying with credit or debit cards from 2012 to 2016 – potentially sparking yet another investigation. 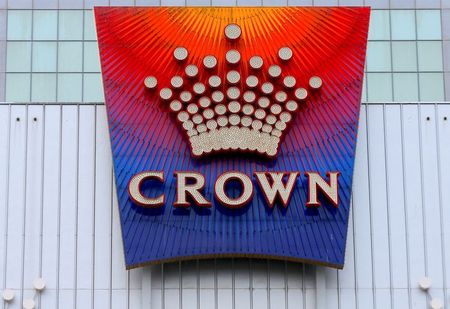 Twitter asks some laid off workers to come back, Bloomberg reports

GM and Honda to produce ‘attainable EVs’ in bid to surpass...