SYDNEY (Reuters) -Australia’s government has appointed Nicholas Moore, who led Macquarie Group for a decade until 2018, to chair a new regulator review board to report on the effectiveness of the country’s banking and corporate regulators.

The new body was set up in response to recommendations by a 2018 inquiry into misconduct in the banking, insurance and pension fund sectors where regulators were criticised https://www.reuters.com/article/australia-banks-inquiry-regulator-idUSL4N1V81BL for their “light touch” on enforcement.

At the time, the corporate regulator told the Royal Commission inquiry https://www.reuters.com/article/us-australia-banks-inquiry-idUSKCN1NR09T that funding cuts and an increasing mandate had hampered its ability to prevent wrongdoing in the financial sector, and slammed bank bosses for failing to properly respond to its inquiries.

Craig Drummond, a former veteran banker with National Australia Bank, and former country head of Bank of America Merrill Lynch will also be an inaugural member of the Financial Regulator Assessment Authority (FRAA).

“The inaugural members have an in-depth understanding of Australia’s regulatory framework and first-hand experience working with ASIC and APRA over many years … which will assist in their assessment of the operational performance of both ASIC and APRA,” Treasurer Josh Frydenberg said in a statement.

In its first year, the group would evaluate the corporate regulator to assist its recently appointed chair, former lawyer Joseph Longo, to ensure ASIC is operating effectively and consistently with the government’s expectations, he added.

Those include an expectation for ASIC to prioritise its contribution to the government’s economic goals, including a recovery from the COVID-19 pandemic.

Appearing at a regular parliamentary hearing, Longo said he looked forward to working with the members of FRAA towards meeting the government’s expectations.

APRA chair Wayne Byres also said “we look forward to working with them to further refine and enhance the effectiveness of our supervision of the banking, insurance and superannuation industries.”

(Reporting by Paulina Duran in Sydney; Editing by Stephen Coates) 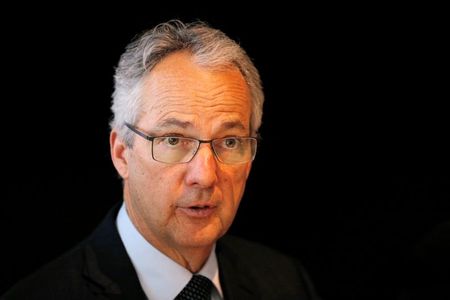