AT&T Inc and Discovery said in May that they would combine content from WarnerMedia – including the Harry Potter and Batman franchises, news network CNN and sports programming – and Discovery’s unscripted shows from lifestyle TV networks such as HGTV and TLC.

The deal underscores the movement of TV viewership to streaming, where scale is required to take on the likes of Netflix Inc and Walt Disney Co.

Discovery’s Zaslav will lead Warner Bros. Discovery, which is expected to see $3 billion in cost synergies with no plans to sell any assets. The deal is anticipated to close in mid-2022, pending approval by Discovery shareholders and regulatory approvals.

The enterprise value of the combined company will be more than $120 billion, carrying $58 billion in debt, including $43 billion from WarnerMedia and $15 billion from Discovery.

AT&T said it will use the $43 billion proceeds from the tax-free spin-off of its media assets to pay down its more than $160 billion of debt.

On a call with reporters May 17, executives said additional details – including how the combined properties and services will be arranged – have yet to be worked out.

During an internal meeting on May 27 Kilar said that he plans to remain in his role through this year and will reassess his options in 2022, according to a source familiar with the matter. 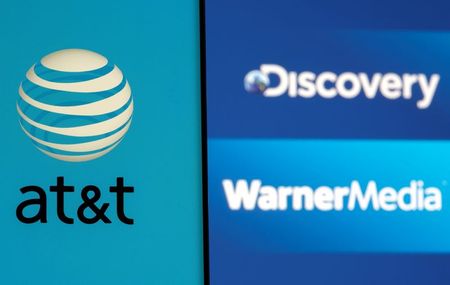 Commerzbank to appoint new board members from Erste and Roland Berger...

Factbox-Half of S&P 500 is in correction territory, or worse