(Reuters) -The iShares ESG MSCI EM Leaders ETF suffered heavy outflows this week, according to public data, leading to a tenfold drop in the assets managed by the exchange-traded fund focused on sustainable emerging-market companies.

Finland’s Ilmarinen Mutual Pension Insurance Company owned 13 million shares in the ETF in September, making it the No.1 investor in the fund at the time, Refinitiv data shows.

“We decided to reduce our exposure to equities in emerging markets. Our view is that risks in that area may have increased,” Venalainen said and added the transaction surely decreased capital in the fund.

“We are by no means disappointed with the ETF, the decision was purely allocative,” he said.

The number of outstanding shares in the fund, which has underperformed its benchmark and whose top three holdings are Taiwan Semi, Tencent and Alibaba, fell over 91% to 1.2 million as of Monday from 13.9 million as of Dec. 22.

The fund now manages around $74 million worth of net assets, compared to ten times more earlier this month.

BlackRock, the world’s biggest money manager which owns iShares, did not immediately respond to a request for comment. 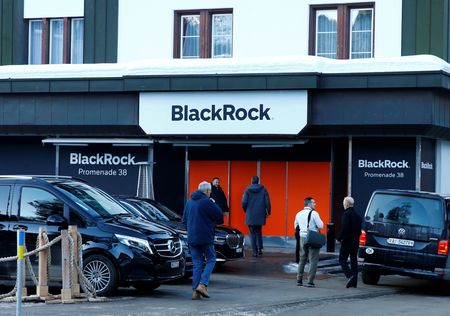 China’s Great Wall says will invest $1.9 billion in Brazil over next decade

Commerce’s Raimondo on how the U.S. will spend $65 billion on...