(Reuters) – Asian equities in May clocked their biggest foreign outflows in 14 months due to a spike in COVID-19 cases in the region and as growing inflationary pressure tempered risk appetite.

“The outflows in May were driven by different reasons in different markets, but the common thread was COVID-19 resurgence,” Manishi Raychaudhuri, Asia-Pacific equity strategist at BNP Paribas, said.

He said markets such as Taiwan, Thailand and India, which faced a resurgence in COVID-19 cases, were sold down by FIIs in anticipation of decline in consumption and cuts in earnings estimates.

Taiwan faced outflows worth $2.1 billion, with the sub-tropical nation dealing with its worst drought in history after no typoons directly hit the island last year, meaning much less rain.

India’s daily infection rates have been falling in recent weeks, offering hope that a devastating second week is ebbing.

However, worries still linger, as just 3% of the country’s population have been vaccinated so far, which is the lowest rates among the 10 countries with the most COVID-19 cases.

BNP Paribas’ Raychaudhuri said he expects foreign flows to improve selectively in a few Asian markets in the second half of 2021, particularly in Taiwan and South Korea.

“Korea and Taiwan should benefit in the medium-term as corporate earnings in both markets are strongly driven by global consumption revival – particularly that in the developed economies – a trend that we believe is likely to last for a while,” he said.

(Reporting by Gaurav Dogra and Patturaja Murugaboopathy in Bengaluru; Editing by Sherry Jacob-Phillips) 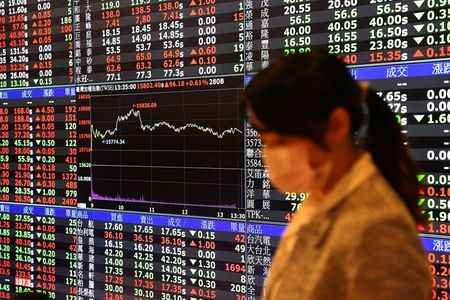 U.S., UK trade officials to meet for 3rd round of talks in Boston