Home Asia As Evergrande default looms, what legal options do offshore creditors have?

By Karin Strohecker and Scott Murdoch

Below are some factors at play as offshore investors, with some $20 billion of Evergrande debt outstanding, gear up to deal with the potential fallout from what could become China’s biggest ever corporate default:

DO EVERGRANDE’S OFFSHORE BONDS CARRY ANY GUARANTEE FROM ISSUER?

To work around this, offshore corporate bonds, in many cases, are issued by Special Purpose Vehicles (SPVs) and feature a so-called keepwell structure.

The way many market participants worked around the lack of a guarantee was by using keepwell deeds – an undertaking to bondholders, and the offshore SPV which issues the debt, that the parent will make sure the SPV maintains a positive net worth and remains solvent.

The keepwell structure emerged in 2012-2013, according to Fitch, which cited data estimating that in 2020 more than 16%, or nearly $100 billion, of outstanding offshore bonds issued by Chinese corporates contained keepwell structures.

IS THE KEEPWELL STRUCTURE LEGALLY ENFORCEABLE?

Chinese courts are widely seen to have broad discretion to refuse to enforce a keepwell, based on public interest.

“The fundamental question in front of investors is whether the keepwell agreement is enforceable and what difference that may make in the recovery process should the group default,” said Matthew Chow at S&P Global Ratings.

Test cases for this structure have been few and far between.

Chow points to the case of Peking University Founder Group Co Ltd, where court-appointed administrators ruled last year that they would not recognise the keepwell deeds of the group’s defaulted offshore bonds.

But in a separate case, an offshore bondholder in CEFC Shanghai International Group Limited (CEFC), who filed a claim in Hong Kong against the company for breach of the keepwell deed, secured a default judgment in its favour.

This decision was upheld last November on the grounds that enforcement would not be contrary to public interest, law firm Ashurst says. But it notes that a decision could have been different if proceedings had been contested.

WHAT ARE THE OTHER OPTIONS?

Given how entrenched Evergrande is in China’s economy, some analysts voiced doubts over how enthusiastic Chinese courts would be to facilitate a payout to foreign creditors, potentially to the detriment of domestic ones.

David Billington, a restructuring partner at Cleary Gottlieb Steen & Hamilton LLP, said creditors might have some other options.

“Instead of enforcing the keepwell itself, the bondholders could put the offshore issuer company into liquidation or other insolvency process,” Billington said.

This would essentially mean the creditors take over the SPV that issued the bonds through a liquidator, who then would pursue the vehicle’s claims against the Chinese parent company.

Such a move could improve the optics for the Chinese court, Billington said.

“Instead of giving a judgment requiring a payment directly to a bunch of foreign creditors, the Chinese court would just be upholding a promise that a mainland parent gave to its subsidiary, which it failed to perform on.”

However, the nature of the issuers and the invisible hand of authorities can prove a stumbling block, said Karl Clowry, restructuring partner at Addleshaw Goddard in London.

“Evergrande is almost like a quasi-sovereign debt restructuring in that the significant stakeholders and the authorities are no doubt dictating what should be done, although with the sponsor still in place,” he said.

“The hand of the government and authorities is never far away.”

WHAT ARE THE CHANCES OF OFFSHORE BONDHOLDERS MAKING CASH RECOVERY?

Tewoo Group completed an exchange and tender offer for its four U.S.-dollar bonds in December 2019 while the firm’s onshore in-court debt restructuring was approved around a year later.

Even going through an in-court restructuring doesn’t make always for comfortable reading when it comes to cash recovery rates – which depend on a multitude of factors from asset quality to equity ownership and complexity of the group structure.

Based on a review of nearly 50 defaulters going through in-court restructurings, S&P found investors saw an average recovery of 23.7%.

“Everyone is watching to see how this plays out,” said a Hong Kong-based lawyer at a major western law firm. “The result of this could impact the way restructurings are done here in the future.”

(Reporting by Karin Strohecker in London and Scott Murdoch in Hong Kong; Additional reporting by Tom Westbrook in Singapore and Kirstin Ridley in London; Editing by Sumeet Chatterjee and Muralikumar Anantharaman) 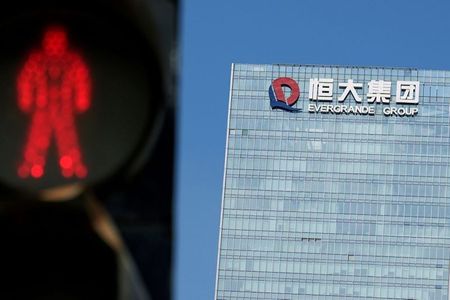 No ware to sell: Beijing’s street vendors back on the run