BUENOS AIRES (Reuters) – Argentina inflation rose back up to 3.8% in December, the government said on Thursday, above forecasts and to its highest level since last April, driven by consumers splurging on festive feasts and holidays in the last month of the year.

The result, higher than the median forecast from analysts polled by Reuters of 3.6%, also saw running 12-month inflation clocked at 50.9% in the month. The Consumer Price Index (CPI) had risen 2.5% in November.

“The acceleration of inflation versus November is explained by the collection of bonuses and vacations, people spending pesos faster to buy items for parties and holidays,” said Natalia Motyl, economist at the Fundacion Libertad y Progreso.

Argentina’s government has been battling to tamp down rampant inflation, which is running at an annual rate of over 50%, with caps on exports of some meat cuts and grains as well as price freezes on many consumer goods.

The country’s central bank recently hiked the benchmark interest rate to 40%, its first raise in over a year.

“Despite the freezes of some 1,400 products, the initial impact that was seen in November was offset by price increases outside the agreement,” said Isaias Marini, economist at consultancy Econviews, adding meat prices had made a big impact.

“It’s now a challenging start for 2022 in terms of prices, with inflation in 2021 appearing to set a floor for things. With tariffs and exchange rate adjustments, we project that inflation in 2022 will end at 58%.” (Graphic: Battling inflation in Argentina, https://graphics.reuters.com/ARGENTINA-INFLATION/qmyvmdzmjpr/chart.png) 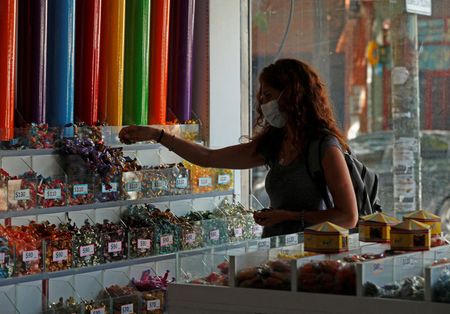 Progress on COVID and economy under Biden, but disunion haunts U.S. on its 245th...