Home Business Apollo in talks to provide up to $2 billion in financing for...

(Reuters) – Apollo Global Management Inc is in talks to provide up to $2 billion in debt financing for the potential acquisition of department store chain Kohl’s Corp by retail store operator Franchise Group , a person familiar with the matter said.

The discussions between Apollo and Franchise are still at an early stage and no agreement has been reached, the source said. An Apollo spokesperson declined to comment. The New York Post was the first to report on the talks.

Franchise Group, operators of retail stores such as The Vitamin Shoppe and Buddy’s Home Furnishings, said on Monday it has entered into a three-week exclusive negotiation to acquire Kohl’s for $60 per share, which values the company at nearly $8 billion. Kohl’s stock traded at $46.32 per share on Thursday, giving it a valuation of about $6 billion.

Franchise Group’s bid for Kohl’s was chosen ahead of other competing offers for the department store from private-equity firm Sycamore Partners, Brookfield Asset Management Inc, and Simon Property Group Inc. 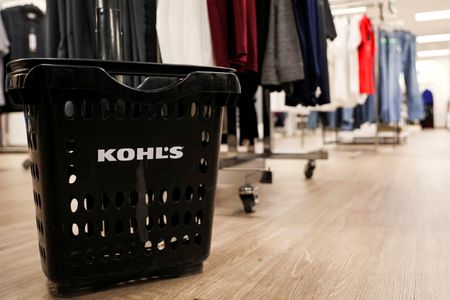 Refinitiv agrees to pay a civil penalty of $650,000 for failing to report certain...

Post-pandemic work: four days a week, no meetings, no office

German inflation eases in January but not enough for real relief

By James Davey and Kate Holton ...

CHICAGO (Reuters) - The lifting of...