Bullish options bets that would profit if AMC’s shares traded in the $40 to $70 range drew a huge influx of buying in recent days, with millions of contracts changing hands as the movie theater chain’s stock price rose by as much as 178% this week.

As AMC’s share price climbed, some of the market makers on the other side of the trade – typically large banks or financial institutions – were forced to buy AMC stock to hedge their risk. Leaving options unhedged would have exposed them to potentially severe losses as the stock climbed.

That buying helped push the share even higher in what is known as a gamma squeeze, analysts said. This options-related buying pressure had also been at play earlier this year when a combination of a short-squeeze and massive options trading had sent several so-called meme stocks soaring, most notably GameStop.

Now that many of those market makers have already hedged their exposure, that buying force is largely spent until new positions are opened, analysts said.

“The gamma picture is different because the share price is much higher than the strikes where most of the gamma exists,” said Jay Wolberg, founder of Trading Volatility, a data and analytics provider focused on financial derivatives.

Most AMC options contracts are clustered around the $20 to $40 level with open contracts thinning out above the $60 level. AMC was trading above $60 on Thursday.

In fact, Thursday’s brief retreat in AMC’s shares – when the stock fell as much as 40% on news of a second share issue in three days – may have been exacerbated by the very options dynamic that helped drive it higher earlier.

“Gamma can and does work in both directions,” said Steve Sosnick, Chief Strategist at Interactive Brokers.

To be sure, with millions of AMC options traded daily, the gamma picture can quickly change as investors take new positions, Wolberg said. 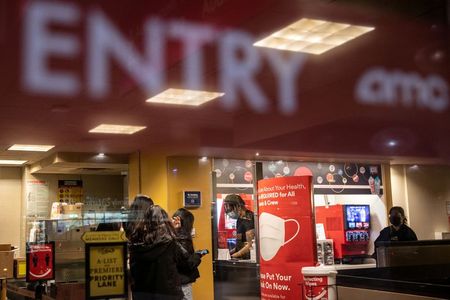 TSX gives back some recent gains as resource shares fall

Factbox-Fed voters in 2022: How they stack up on monetary policy

How the Fed’s rate hikes could affect U.S. consumers