WASHINGTON (Reuters) – The U.S. Securities and Exchange Commission (SEC) is headed for a scuffle with corporate America over how much information public companies must disclose about their most important asset: employees.

Urged on by progressive Democrats, unions and investors, the regulator is working on a rule that will require public companies to disclose more information on their workforces, such as data on diversity, staff compensation and employee turnover.

As companies depend less on physical assets and more on employees, including gig workers and contractors, such “human capital” data provides crucial insight into corporate strategy and governance issues, investors and employee advocates say.

“As many companies are fond of saying, ‘their employees are their greatest asset.’ But investors are being kept in the dark about how companies are treating their workforce,” said Brandon Rees, a deputy director at the AFL-CIO, the country’s largest federation of unions.

“Improved workforce disclosure will help investors better understand which companies are creating good jobs and investing in their employees,” said Rees, adding that he had recently spoken with the SEC to discuss a new rule.

Public companies worry, however, that such data could prove embarrassing, create legal risks or be exploited by labor unions, and have already started to push back.

“There is a general hesitancy on the part of the employer community about what the information will be used for,” said Amanda Sonneborn, a partner at law firm King & Spalding who advises corporations on labor relations. “Employers do not want to be shamed.”

Companies were required to disclose only staff headcount until the SEC, under former President Donald Trump’s administration, last year introduced a rule requiring them to disclose workforce information that they deem material.

That rule, effective last November, has proven to be too vague and has not yielded meaningful data, according to some studies.

Of 100 big company annual disclosures analyzed by Stanford Business School, for example, most adopted boilerplate language and only 43% provided quantitative metrics. Few provided data on issues that affect strategy and productivity, such as talent recruitment, training, retention and incentive systems, according to the May study https://www.gsb.stanford.edu/faculty-research/publications/human-capital-disclosure-what-do-companies-say-about-their-most.

Such information is increasingly material for investors, who may need it to make better capital allocation and voting decisions, said George Georgiev, a business law professor at Emory University. Specific disclosure requirements could provide “consistent, comparable and reliable information that current disclosures do not exhibit,” he said.

With respect to demographic data, an increasingly important issue for investors, the metrics are likely to include race, gender, sexuality, age and physical ability, according to groups pushing for the changes and two sources with direct knowledge of the agency’s thinking.

“We should think carefully about including a handful of common-sense, readily accessible metrics, especially in areas of significant consensus such as workforce diversity,” Democratic Commissioner Allison Lee told Reuters in an interview.

The data may also be used by employees and unions to build discrimination suits or to mobilize organized labor campaigns that may not be in the best interest of investors, they say.

The SEC is expected to unveil the draft rule by year end and seek feedback. But corporate groups have already raised concerns in public letters and in private meetings with the SEC, according to published meeting memos and people with knowledge of the discussions.

The U.S. Chamber of Commerce has discussed with SEC staff whether a new rule is even necessary, given the November rule is barely a year old, said Tom Quaadman, executive vice president with the group.

“The SEC should just take a little bit of a pause here to see how this new system is actually working before determining whether it should be changed,” he said, adding that similar data is already required by other federal regulators.

Companies say the rules would add to their already onerous disclosure requirements, and that any changes should focus on material issues, which have traditionally been the SEC’s threshold for corporate disclosures, rather than nice-to-haves.

Since the materiality of the data will vary depending on the company and sector, the new rule should be flexible and require broad rather than prescriptive metrics, they argue.

But Emory’s Georgiev said Gensler, who has a history of taking on business interests, is unlikely to give companies too much leeway.

“A more detailed rule can still be crafted to align with the SEC’s historical and materiality-based approach,” he said. 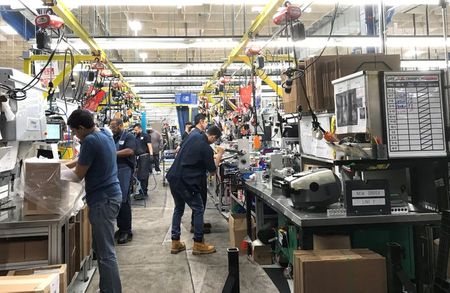