By Echo Wang and Anirban Sen

(Reuters) – Advertising technology firm Simplifi Holdings was ready to go public last month at a valuation of close to $2 billion when some investors balked.

The Fort Worth, Texas-based company was seeking to raise around $300 million in financing for its merger with D and Z Media Acquisition Corp, a special purpose acquisition company (SPAC) led by media entrepreneur Betty Liu.

Despite assurances from bankers at Goldman Sachs Group Inc that they could raise the private investment in public equity (PIPE) required, many big mutual funds and hedge funds passed on the deal because of concerns it was overvalued, according to people familiar with the situation.

Simplifi and Goldman Sachs declined to comment. D and Z Media did not immediately respond to a request for comment.

Simplifi is among dozens of companies that dealmakers say have canceled or reconsidered their plans to go public through mergers with SPACs in the last few weeks. They are concerned that PIPE investors are no longer flocking to what was until recently one of Wall Street’s hottest trends.

The main SPAC exchange traded fund, the Defiance Next Gen SPAC Derived ETF, has shed 28.1% of its value over the past three months, after hitting a peak of $35.08 in February.

Investors worry that SPACs have taken many companies, often loss-making or even without revenue, public at too-high valuations. The euphoria among retail investors that helped fuel the SPAC boom has subsided, as many of them nurse losses after share rallies reversed.

“PIPE investors have really put on the brakes in recent weeks and are focusing on more quality opportunities,” said Amir Emami, global co-head of SPAC Coverage at RBC Capital Markets.

The apprehension of PIPE investors is notable given that the terms of their investment allow them to redeem the SPAC shares they receive at their original value, minimizing risk.

PIPE investors are also allowed to sell their shares in as little as 30 days after a merger with a SPAC closes, so their stance reflects doubt over whether there is still money to be made in these deals with a quick flip.

Some 30 companies have agreed to merge with SPACs since the beginning of April, compared with 69 during the February-March period, when the SPAC boom hit a peak, according to data vendor Refinitiv.

Many investment bankers and lawyers are now warning companies that SPACs may not be able to deliver on the frothy valuations they promise. If a SPAC’s shares nosedive following a deal announcement, investors have the right to redeem the shares for their original value, upending the merger and leaving the private company without a deal to go public.

“Most of the SPAC mergers that are getting announced are trading below $10 a share soon after, so there is a very real possibility that folks will redeem their shares and shoot them down,” said Latham & Watkins LLP partner Tad Freese.

About 60% of the 146 SPAC mergers that have been announced since the start of the year are currently trading below the initial public offering price of their SPAC, indicating high redemptions, according to data compiled by IPO expert Jay Ritter, a professor at the University of Florida.

SPACs are more expensive than IPOs for private companies as a route to going public. This is mainly because of the lucrative compensation of the SPAC managers, who are paid in SPAC shares, leaving less of the private company for its original shareholders.

Nevertheless, companies have pursued deals with SPACs because they can use them as a platform to make wild projections to stock market investors about financial growth, a practice restricted by regulations in the traditional IPO process. SPACs also allow companies to go public in as little as three months, compared with a traditional IPO process that can take more than six months because of scrutiny by the U.S. Securities and Exchange Commission.

Now the downturn in SPACs is pushing some companies to consider alternatives.

BlueSnap, a Massachusetts-based digital payments startup, is considering a private funding round after some PIPE investors lost faith in being able to complete a SPAC deal quickly, people familiar with the matter said.

California-based jewelry designer Brilliant Earth, which trades in conflict-free jewelry, is considering an IPO following unsuccessful talks to go public via a SPAC deal earlier this year, according to sources.

Brilliant Earth did not immediately respond to a request for comment.

(Reporting by Echo Wang in Miami and Anirban Sen in Bengaluru; additional reporting by Krystal Hu; Editing by Greg Roumeliotis and Leslie Adler) 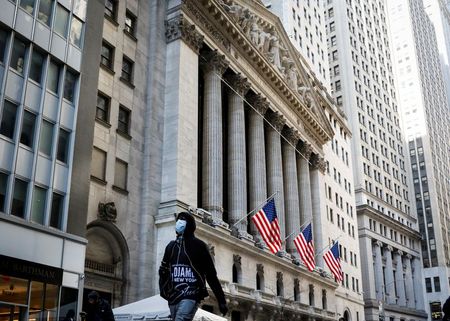