By Tom Hals and Jessica DiNapoli

(Reuters) – Twitter Inc’s board directors can lean on concerns about the fate of the social media platform under Elon Musk to rebuff him, but if they decide to explore a sale, price will override all other considerations, corporate governance experts said.

The San Francisco-based company received a $43 billion “best and final” offer from Musk last week, which it is still reviewing. Musk, the world’s richest person and CEO of Tesla Inc, has said he wants to make Twitter an “arena for free speech,” cheering Twitter’s critics who complain about censorship and alarming those worried about hate speech and bullying.

Twitter’s board is expected to reject Musk’s bid as too low by April 28, when it is scheduled to report first-quarter earnings, people familiar with the matter have said. Even if Twitter’s bankers declared the offer was fair, the company’s board directors have wide latitude to reject it if they thought the platform was better off with its current content strategy, corporate governance lawyers and professors said.

This would change, however, if, Twitter’s board decided to explore a sale, either because it received more offers or it decided to solicit acquisition bids, these experts said.

Corporate law in Delaware, where Twitter is incorporated, dictates that once a company launches a sale process, securing the most lucrative deal for shareholders becomes the overarching consideration. Board directors are not allowed to factor in what would happen to the company in their deliberations if existing shareholders will cash out.

“All these culture and discourse and democracy considerations fall by wayside because that’s not going to benefit shareholders anymore,” said Ann Lipton, a professor at Tulane Law School.

As it stands, board directors legally have wide discretion on how to handle Musk’s bid because it was unsolicited. The directors can refuse to engage with Musk if they believe the company’s content policies and culture better serve the long-term interests of its investors, said Brian Quinn, a professor at Boston College Law School.

“If they think Musk will turn Twitter into a free-speech hellscape, that is sufficient justification,” Quinn said.

Whether Twitter will decide to explore a sale will likely hinge on whether it receives attractive and credible offers in the coming days.

Private equity firm Thoma Bravo LP contacted Twitter last week to express interest in putting together an offer that would challenge Musk, but there is no certainty that such a bid will materialize, sources told Reuters. Sources have also said that other buyout firms have since contacted Twitter to register their acquisition interest.

NO FOUNDER AROUND TO PROTECT IT

Unlike its peers Snap Inc and Facebook owner Meta Platforms Inc, Twitter is not controlled by founders with supervoting shares who can shoot down a deal even if viable and lucrative offers are on the table. Twitter adopted a poison pill last week to prevent Musk, who has amassed a stake in the company of more than 9%, from raising his stake to more than 15% without negotiating a deal with its board.

Adding to its vulnerability, Twitter has not set up a structure governing the moderation of its platform that would survive under new ownership. It has not, for example, set up a formal process for an independent arbiter to review its decisions, though its users can appeal to the company if their account is locked or suspended.

Unless Twitter decides to explore a sale, it can continue to look out for the interests of stakeholders beyond shareholders, such as its users and employees, corporate governance experts say.

“You are explicitly allowed to point to non-shareholder constituencies as your rationale for wanting to beat back the takeover,” said Eric Talley, a professor at Columbia Law School. 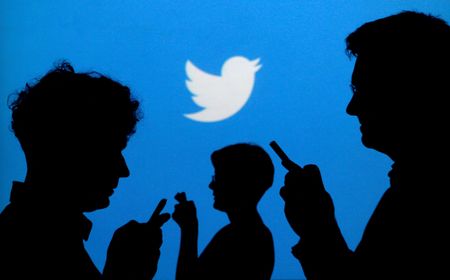