By Tommy Wilkes and Joice Alves

Britain’s blistering COVID-19 vaccine rollout is helping its economy open quicker than much of continental Europe, potentially providing a blueprint for investors trying to map how the recovery trade will play out across the rest of the region.

The United Kingdom has been gradually loosening restrictions, with much of the country set to fully reopen on June 21, and consumers who have accumulated savings during lockdowns are starting to spend.

As a result, international investors who had largely shunned UK stocks since the 2016 Brexit referendum are back; they now hold the biggest British “overweight” – their UK share holdings relative to Britain’s size in global equity benchmarks – in seven years, BofA’s monthly survey of fund managers shows.

“The UK suffered disproportionately from the lockdown, and is now rebounding stronger and faster than other countries in Europe,” said Kasper Elmgreen, head of equities at Amundi, Europe’s biggest fund manager.

But how are investors picking their bets?

They have turned to various indicators including traffic congestion and flight activity. Based on those and other metrics, Amundi figures that shares in retail, budget airlines, media and beverage firms have further room to run.

They reopened between May 17 and May 24, and box office takings to the end of that month topped 25 million pounds ($35 million), according to the UK Cinema Association. That compares with 16.6 million for the whole month of May in 2019, before the pandemic upended everyday life.

DRINK IN THE SUN

Jefferies, for instance, said its proprietary consumer behaviour gauge found that the e-commerce and web-conferencing sub-indexes – so mighty as people sequestered themselves at home – had slipped off recent highs. Meanwhile public transport use rose 11 percentage points to 118% of pre-COVID levels in the week to June 8, while traffic congestion hit 107%.

Based on such data, the bank advised clients to buy shares in cinema group Cineworld and casual dining chain The Restaurant Group – already up 46% and 98% respectively in 2021, though still down about 50% and 18% on their pre-pandemic prices.

The reopening hopes, alongside the summer weather, have also boosted hard-hit hospitality sector shares such as pub groups Mitchells and Butler and Wetherspoons.

Fitness subscription app ClassPass, meanwhile, reported that new memberships in Britain rose 600% in the week to May 24, with London one of its fastest-recovering markets across the 30 countries where it operates.

More than half of British adults have had two vaccine doses, double the percentage seen in many euro zone countries.

Britain’s reopening is at least several weeks ahead of the region, and Milburn views it as a portent of what lies in store for European business activity.

“We are seeing signs that the UK is taking off. The euro zone is behind but catching up fast,” he added. “Consumer behaviour seems to be pretty similar across countries – once vaccinated people are happy to take risks.”

At 87% of pre-COVID levels, Jefferies’ euro area economic activity index lags Britain’s 94% but is growing, rising two percentage points over the past week.

In the United States, where reopening is even more advanced in some areas than in Britain, activity has risen to 97% of pre-COVID levels.

Investors are also watching Citi’s economic surprise index that measures the degree to which data is beating forecasts. While the UK index is near seven-month highs, its euro area equivalent hasn’t budged much since March.. (Graphic: UK economic data surprise on the upside, https://fingfx.thomsonreuters.com/gfx/mkt/nmopaeydepa/citi%20surprise.PNG)

Milburn at Liontrust noted one big potential advantage that the euro zone holds in the longer term.

The government has reduced the list of “green” countries tourists can visit, hitting shares in airlines EasyJet and British Airways operator IAG.

But the well-heeled who want to travel can still capitalise on the broader easing of curbs.

John Keeble, who runs Luton-based private jet broker The Charter Company, has four flights booked in for the first half of June, including trips to Iceland and Greece. Last year, he sold no flights for months on end.

Chartering costs anywhere between $4,800-an-hour for a smaller jet to $25,000-an-hour for a 40-seater. Based on the strength of recent interest, Keeble predicts that leisure travel will return to pre-pandemic levels by mid-2022.

Business travel may take longer to rebound, though.

“There is no doubt there is very repressed demand,” he said. 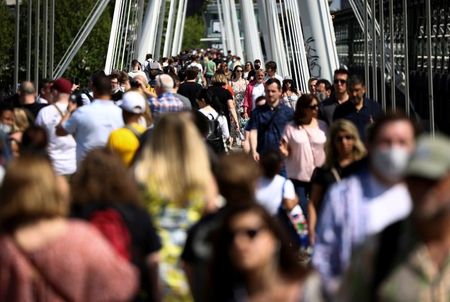 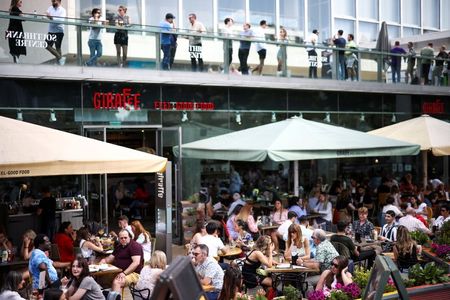 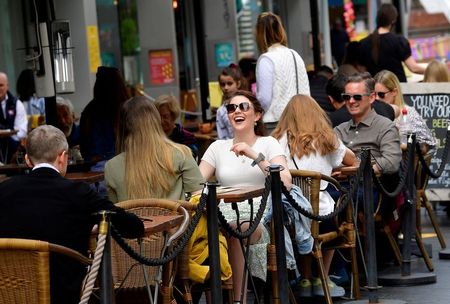 Batteries included? Northvolt goes all out to meet 2021 launch goal

Saudi bourse operator Tadawul sets price range for up to $1...