By Krisztina Than and Alan Charlish

BUDAPEST/WARSAW (Reuters) – Central Europe’s economies are recovering more quickly than expected from the coronavirus pandemic and industrial output is rising, but a chronic shortage of workers that pre-dates the crisis could be a bottleneck to future growth.

The labour squeeze caused by years of emigration to Western Europe and an economic boom across the region is already pushing up wages and inflation, prompting the Hungarian and Czech central banks to flag possible interest rate hikes.

As investment and European Union funds flow in, companies across the manufacturing, information technology and construction sectors are jostling to attract employees.

Eurostat methodology shows three of the European Union’s five lowest jobless rates in April, at 3.4% in the Czech Republic, 4.3% in Hungary and an EU-low 3.1% in Poland.

In the same month, inflation rates in those countries were three of the EU’s four highest, led by an 5.2% annual rate in Hungary and 5.1% in Poland.

“Temporary demand-supply frictions due to the rapid restart of the domestic economy, (and) renewed tightening of labour market capacities expected in certain sectors combined with dynamic wage growth have increased inflation risks,” the National Bank of Hungary said after its May rate meeting.

The bank flagged a possible hike in its 0.6% base rate on June 22 to tame inflation, which would make it the first EU country to begin a tightening cycle.

The Czech economy does not need further support from loose monetary policy, central bank governor Jiri Rusnok said on May 28, suggesting a rate hike might be on cards at its next policy meeting on June 23.

“Labour shortages and the very hot labour market despite the pandemic is already reflected in inflation, and in Poland it can be seen in the prices of services. They are growing around 7% year-on-year and the pandemic does not slow it down much,” said Andrzej Kaminski, an economist at Bank Millennium in Warsaw.

As vaccination drives boost recovery – Hungary has vaccinated 54% of its population – output and consumption have jumped, while labour markets have tightened beginning last year, companies and recruiters said.

German Continental Automotive Hungary, which employed about 8,200 people at end-2020 over seven production sites, two research centres and a tyre warehouse in Hungary, said recovery had started in the third quarter and reported “a healthy customer order situation” at most locations.

Robert Keszte, Head of Focus Country, Hungary, said that for engineers, software/IT experts and technicians in general there was a visible gap between supply and demand, with regional imbalances in the availability of skilled workers.

“I believe the more difficult times are yet ahead of us. With the reopening and recovery of the economy the hiring mood of the companies is also exploding … I expect a much more difficult situation for the second half of 2021 versus 2020.”

“We based our growth plans for increasing efficiency and automation level both in blue collar as well as in white collar positions,” he added.

Gabor Toldi, managing director of recruitment consulting firm DTC Solution, said the labour shortage was severe in manufacturing and for white-collar jobs, with companies in eastern Hungary importing thousands of workers from Ukraine.

“A skilled worker can earn up to a gross monthly 500,000 forints ($1,753.09) now but this is still not comparable to wages of 1 million forints in Germany,” he said, adding the German economy was still siphoning off workers.

Czech job vacancies, according to the labour office, have climbed since November and are near a pre-pandemic record.

Companies under pressure to find workers are raising wages further, after years of double-digit pay growth before COVID-19.

“We try to adjust salaries to the labour market. We are short of employees and it is very difficult for us to find them,” said Ryszard Florek, chief executive of Polish window manufacturer Fakro, adding that the company hoped to boost staffing with up to 100 students over the summer holidays.

“Previously, there were many employees on the market who came from tourism and gastronomy … however, at the moment it is opening up there (as well).”

Florek said employers would inevitably have to pay more and the question was whether wage costs could be passed through into prices or workers replaced with machines.

“Companies that still have … large possibilities for automation will certainly do it,” he said.

(Reporting by Krisztina Than in Budapest, Alan Charlish in Warsaw and Jason Hovet in Prague; Additional reporting by Paweł Florkiewicz in Warsaw; Editing by Catherine Evans) 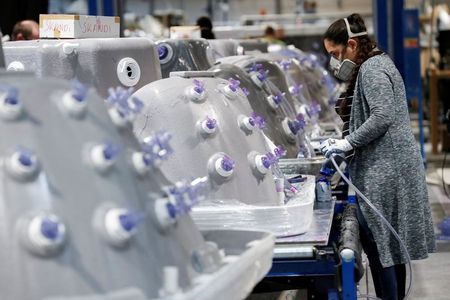 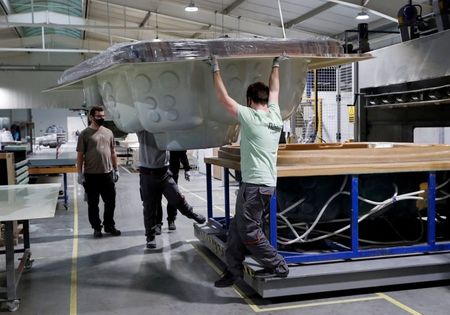 Decline and near fall of Italy’s Monte dei Paschi, the world’s oldest bank

ByteDance to close some tutoring ops after clampdown – sources