BUENOS AIRES (Reuters) – Argentine President Alberto Fernandez, put on the spot to explain a damaging and stubborn inflation rate that is soaring towards 50%, turned to the punk rock musical genre of Patti Smith and the Ramones for inspiration.

“Argentina is a punk nation,” the center-left president, who plays the guitar and named his dog after Bob Dylan, said in reference to the rebellious spirit of the musical movement born in the 1970s.

The South American nation, he explained, had over years of runaway prices built up a national psyche so imbued with inflation that it had become a self-perpetuating vicious cycle. “People increase prices just in case,” he said.

The lyrical answer underscores a concrete and major issue for his Peronist government, which had set its sights on inflation under 30% this year but has been surprised by runaway prices that sap savings, wages and consumer spending power.

Taming inflation is key to restoring economic stability after three years of recession, heading off social upheaval as poverty levels rise and for the Peronist government to avoid painful defeat in midterm elections at the end of the year.

Argentines have, however, for decades assumed high inflation will devalue any savings and turned to safe-haven dollars, a trend economists, investors and officials have struggled to explain – or solve. Even local school children https://www.reuters.com/article/us-argentina-inflation-idINKBN1Y60ZE learn to keep an eye on the inflation rate.

Other countries in the region have seen prices start to tick up this year, but nothing like Argentina. Brazil’s 12-month inflation made headlines in April hitting over 6%. Argentina’s was most recently clocked at 46.3%.

“We are always running against the clock. I don’t know how much it will cost me to replace what I sell and that is why we are in a vicious circle that hurts everyone,” José Guglieo, a 50-year-old businessman in the capital Buenos Aires, told Reuters.

That pain is being compounded by a sharp second wave of COVID-19 cases that has pushed the country above hard-hit Brazil in terms of confirmed cases per capita and forced the government to toughen lockdown measures.

Víctor Beker, an economist, said that if the government didn’t come up with an aggressive plan to tackle inflation it would get worse. He said prices could rise 60% this year.

“There is an inflationary inertia that must be overcome by attacking every cause and root. Otherwise, inflation will remain, feeding back into future inflation,” he said.

Others were slightly more optimistic.

Matías Rajnerman, chief economist at Ecolatina, predicted inflation of 45% for the year, though he said 20% inflation in the first five-months of the year had “smashed” the official goal of 29% and meant any slowdown versus 2020 was impossible.

Diego Riveros, 43, owner of a pasta shop in the Buenos Aires neighborhood of Flores, told Reuters that the issue was that entrepreneurs risked losing out if they didn’t raise prices.

“We’re always behind with prices, which we change every 4-5 months, and in that lag you lose your margin,” he said.

“It complicates us when it comes to setting prices and managing margins. You don’t know how much you are going to pay next week for merchandise: flour, oil, dairy. Those are the three products that hit us the most,” Riveros added. 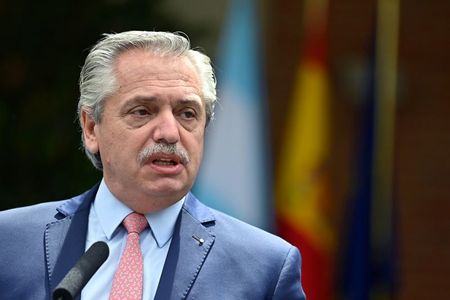 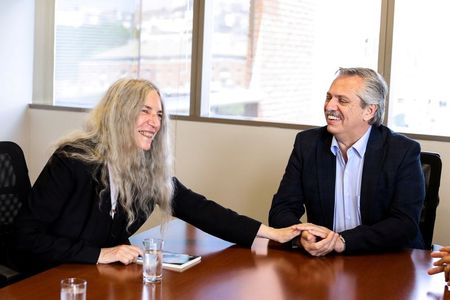