Home Business Analysis-Private equity struggles to get in on $1 trillion U.S. infrastructure bonanza

(Reuters) – Private equity firms are fretting that a long-awaited $1 trillion infrastructure bill https://www.reuters.com/world/us/us-senators-gird-cbo-analysis-1-trillion-infrastructure-bill-2021-08-05 under negotiation by U.S. lawmakers will not create enough opportunities for them to invest in lucrative assets such as toll roads and airports.

The draft bill would force cities and states seeking major federal funding to show they have considered using public-private partnerships (P3s) to procure projects. Yet it stops short of instructing local authorities to use P3s.

This is a blow to buyout firms such as Blackstone Group Inc, KKR & Co Inc and Brookfield Asset Management, which have raised hundreds of billions of dollars to invest in infrastructure. They had lobbied through outfits such as the Global Infrastructure Investor Association for greater participation in bankrolling the projects.

Many U.S. cities and states have resisted the use of P3s because they do not want to share the revenue generated by projects with private investors, or give up control over how the projects are procured, like the number of jobs created and how much they will pay. This is despite many government-run projects suffering from delays and cost overruns.

Several local authorities also enjoy access to the $4 trillion U.S. municipal bond market, which allows them to pay for these projects but has left them highly indebted.

With states and municipalities accounting for 87% of U.S. government-owned infrastructure, some private equity fund managers said the bill can do little in its current form to advance the use of private capital in infrastructure.

“If you want the private sector to participate, you need to really embrace public-private partnerships. But I did not see enthusiasm both on the part of President Joe Biden’s administration or the Republicans to make it an essential element of the plan,” said Sadek Wahba, managing partner at I Squared Capital, which has $30 billion in infrastructure assets under management.

The United States lags other major economies in utilizing private investments in infrastructure. It announced less than half the number of so-called public-private partnerships that were launched in Europe between 2005 and 2014, according to data from the World Bank and the European Investment Bank.

The draft bill, which has yet to be approved by the U.S. Senate and House of Representatives, would require local authorities that are applying for federal funding to cover project costs of more than $750 million to conduct a “value for money analysis” on the use of P3s. There is no obligation on the local authorities to use P3s after they conduct the analysis.

“The federal government is largely providing funding, but state and local governments have to then come up with the projects,” said Emmett McCann, a co-portfolio manager of about $4 billion of infrastructure assets for Oaktree Capital Management LP.

Lawrence Slade, the chief executive officer of the Global Infrastructure Investors Association, said there was little a federal bill could do to compel local authorities given the decentralized procurement of U.S. infrastructure. But he added that it at least “opened the door” for states to use more private capital in the financing of infrastructure.

Mistrust of private capital runs deep in some cities. Chicago, for example, canceled a deal to lease its Midway Airport in 2013 after bidders backed out over the city’s insistence to add “taxpayer protection” in the contract, including a short lease term and revenue sharing.

An earlier version of the bill had provisions for a $20 billion infrastructure bank, which private equity fund managers said could have helped seed P3s. Disagreements over whether the bank’s funding should be tied to setting minimum thresholds for workers sank the idea, Reuters reported last month.

North America-focused infrastructure funds, which are dominated by the U.S.-based managers, raised $53 billion last year, down from $55.5 billion in 2019, according to data provider Preqin. Opportunities for them to deploy that capital in the United States have been mainly in the private sector, with investments focused in the energy and telecommunications industries.

Karl Kuchel, chief executive of Macquarie Infrastructure Partners, which has about $10 billion in U.S. infrastructure assets under management, said he hoped the bill’s requirement of P3s would over time result in some local authorities seeing their merits.

“It will take some time for this to work its way through into specific partnership opportunities,” Kuchel said. 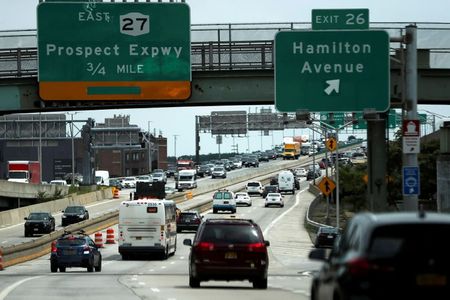