TOKYO (Reuters) – The decision over who will be the Bank Japan’s next chief will likely focus on two career central bankers whose different policy approaches and track records could affect the timing of an eventual exit from ultra-easy monetary policy.

As former and incumbent deputy governors, Hiroshi Nakaso and Masayoshi Amamiya have deep expertise in central bank affairs, which makes both of them a safe pair of hands in guiding a future exit from ultra-low interest rates, however distant that may be.

Long touted as front-runners in the BOJ leadership race, neither would rush into tightening monetary policy given Japan’s fragile economy and the need to keep low the cost of funding its huge public debt, say five former and incumbent policymakers who have worked with or under them.

But the two could differ on how soon the BOJ should roll back a complex framework of policies that combine huge asset buying, negative short-term interest rates and a 0% yield cap that makes Japan an outlier amid a global scramble to raise rates, they say.

“Nakaso belongs to a camp that believes central banks should not intervene too deeply in markets, while Amamiya appears more flexible,” said Nobuyasu Atago, a former BOJ official who is now chief economist at Ichiyoshi Securities.

“The key difference lies in their views on how far central banks should stretch the boundaries of monetary policy.”

Prime Minister Fumio Kishida’s selection of a successor to BOJ governor Haruhiko Kuroda, whose term ends in April next year, is likely to intensify after an upper house election in July.

A ruling party victory, which seems a near certainty due to a weak opposition, would solidify Kishida’s grip on power and allow him to differentiate his policies from former premier Shinzo Abe’s “Abenomics” economic stimulus.

That may work in favour of Nakaso, who has criticised Abenomics as having been overly reliant on monetary policy and repeatedly warned of the cost of prolonged easing.

In a recently published book, Nakaso laid out in detail how the BOJ could end ultra-loose policy: Raise the interest paid on financial institutions’ excess reserves, stop reinvesting money from bonds when they mature, and gradually trim the bank’s balance sheet to levels where market functions recuperate.

“If the public becomes more accepting of higher prices, interest rates will come under upward pressure and allow the BOJ to normalise monetary policy,” he told Reuters.

Nakaso is currently chairman of the Daiwa Institute of Research, a private think tank.

By contrast, Amamiya, as Kuroda’s right-hand man, has consistently preached the need to keep rates ultra-low to prop up growth, even if that meant straining financial institutions’ margins and draining market liquidity.

Unlike Nakaso, whose career centred on international and market affairs, Amamiya has spent most of his years at the BOJ drafting monetary policy ideas. He is known for masterminding many unconventional monetary easing steps that earned him the nick-name “Mr. BOJ.”

To be sure, Kishida could opt for a dark horse with no background in monetary policy. Uncertainty over the economic and inflation outlook could sway the direction of monetary policy either way, regardless of who takes the BOJ’s helm.

Some analysts also caution against branding Amamiya as an outright policy dove. In a speech delivered in 2017, he pointed to “many criticism and voices of concern” over the risk the BOJ’s yield cap policy may force it to bankroll government debt and make a future exit from ultra-loose policy difficult.

As a senior BOJ executive, Amamiya played a key role in shifting the BOJ’s policy target in 2016 to interest rates from the pace of money printing – relieving the bank from buying bonds at a set pace.

He was also deeply involved in a policy review last year, when the BOJ ditched a pledge to buy risky assets aggressively.

“If need be, he can easily switch course as he’s a pragmatist, rather than someone who clings to beliefs on what path the BOJ should take,” one of the sources said of Amamiya.

“One thing is for sure – whoever gets the job will face the enormous task of untangling Kuroda’s stimulus,” said Atago of Ichiyoshi Securities. 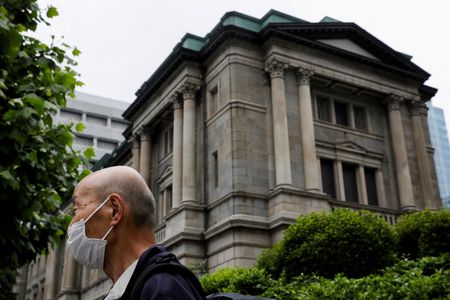 Exclusive: HBO Max to launch in 15 European countries on March 8

Chile consumer prices up by higher-than-expected 1.4% in April