Home Business Analysis-Hopes for Argentina IMF deal grow; but at what cost?

By Rodrigo Campos and Agustin Geist

NEW YORK/BUENOS AIRES (Reuters) – Labor activist Alejandro Bodart marched down the Buenos Aires streets two decades ago to protest against the International Monetary Fund, which many then blamed for austerity measures that sharpened Argentina’s worst ever economic crisis.

Now Bodart is on the war path again, worried that a new deal to roll over $45 billion Argentina cannot pay, seemingly inching closer, will mean further belt tightening in the South American country where more than one in four live in poverty.

“There will be social resistance,” Bodart, secretary general of the Socialist Workers Movement (MST), told Reuters.

“We do not see the possibility of a viable country within the framework of an agreement with the IMF, so we believe that it should be rejected.”

Bodart’s view is on one extreme end of the scale, but it underscores the challenge facing the IMF and center-left President Alberto Fernandez as they look to hammer out a deal that balances fiscal responsibility and the need for growth.

Argentines fear the potential impact of a deal on public spending, which has been key to helping prop up growth this year, while the government could take a political hit from any austerity ahead of presidential elections in 2023.

An Argentine economic team traveled to Washington over the weekend to push forward talks with IMF officials, with many analysts seeing the chances of a deal rising – despite gaps between the two sides over how to fund fiscal consolidation.

“Not agreeing is not an option, because it is worse for the country,” said Hernán Lacunza, finance minister under the previous conservative government of Mauricio Macri, which the ruling Peronist coalition blames for striking a hasty deal with the IMF in 2018 and burdening the country with debts.

But he said there needed to be real progress soon, because the uncertainty was having an impact on the country’s currency, foreign reserve levels and weighing down bond prices.

“They have been talking for a year and a half, without concrete progress. Time is not indifferent, since uncertainty costs resources,” Lacunza said.

Fernandez and his economy minister, Martin Guzman, have said a new deal must avoid fiscal adjustments that would hurt the economic recovery after years of recession and the COVID-19 pandemic.

A government source told Reuters in November that the key sticking point with the IMF was how to reduce the fiscal deficit without a “contractionary spending policy.” The government instead wants to improve tax collection and find funds from other lenders.

Fernandez also faces an uphill battle to win back voters ahead of the 2023 presidential election after a bruising midterm defeat, which saw the Peronist coalition lose its majority in the Senate for the first time since 1983.

Those political demands could put to the test any policies to lower public spending, especially with powerful Vice President Cristina Fernandez de Kirchner openly critical of the IMF and pushing for greater public spending.

“Both by ideology and political necessity it’s hard to imagine any sort of orthodox, disciplined approach to fiscal and monetary policy, no matter what is written in an IMF agreement,” said Benjamin Gedan, deputy director of the Latin America Program at the Wilson Center in Washington.

He is, however, confident a deal will be struck, with the government aiming to push a multi-year economic plan to Congress this month with the IMF’s blessing, which would be a key plank in finalizing a new program.

“Things are supposedly on the right track, but we will have to wait,” said a government source who asked not to be named, about the possibility of a deal being struck this year.

An economic plan with IMF approval would likely involve targets for the fiscal balance, building up depleted currency reserves, plans to reduce inflation that is running at over 50% and to ease strict capital controls that have created widely-diverging exchange rates.

“Argentina is still battling a terrible debt problem, a currency crisis, and a lack of reserves, which is why they don’t have the money to repay the IMF,” Moya said.

“This movie probably won’t end well for Argentines as the IMF will require major cuts with public spending.” 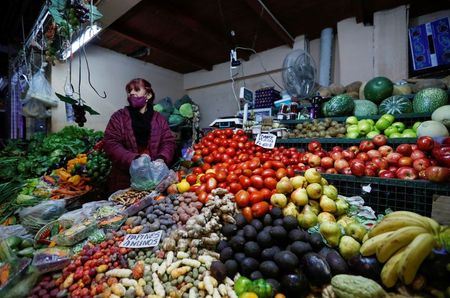 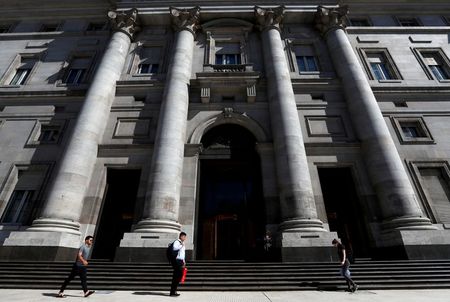 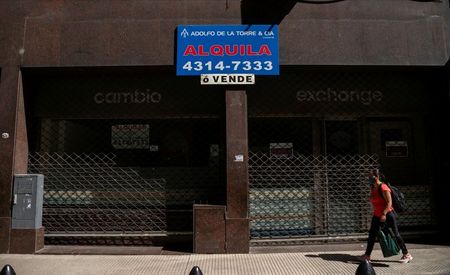 Decision on Audi-McLaren deal could take until next year – sources