FRANKFURT (Reuters) – The European Central Bank is coming under pressure from bankers to lend more of its stash of German government bonds to avert a market squeeze that would undo some of its own stimulus efforts.

As the safest debt in the region, Germany’s sovereign bonds are the lifeblood of European financial markets and the most coveted collateral for guaranteeing trades at clearing houses.

But there aren’t enough of them to satisfy demand in the 8.3-trillion-euro ($9.3 trillion) market for repurchase agreements, or repos, where investors swap cash for bonds.

This is because the ECB – mostly via Germany’s Bundesbank – has hoovered up nearly a third of German public debt in an effort to support the euro zone economy since 2015 and, with renewed impetus, during the COVID-19 pandemic.

Having drained the markets with its multi-trillion-euro debt-buying programmes, the ECB has left fewer bonds sitting on dealers’ balance sheet and available to be borrowed on the repo market.

Investors are currently paying 0.99% to borrow German bonds against cash for two months, implying a 7% rate for bonds lent on Dec. 31 for the following Monday, data on Refinitiv Eikon shows. Borrowing the debt for two months cost 0.6% two months ago.

So bankers are clamouring for the ECB, and particularly the Bundesbank, to lend more of its bonds to avert a drought which would cost them dearly and might even push some into default.

“If a major bank or fund cannot meet its obligation towards a central clearing counterpart, the CCP must place it in default which triggers defaults at all other CCPs,” said Godfried De Vidts, a senior advisor to the International Capital Market Association trade body.

Ironically for the ECB, the shortage of German bonds available to be borrowed risks causing funding markets to seize up, making credit more expensive and going against the spirit of the central bank’s easy-money policy.

German bonds trade at their highest premium to swaps since the height of the pandemic and spreads on corporate bonds have started two widen, albeit from very tight levels.

This could turn into a headache for the ECB as it weighs how to wind down its pandemic-fighting programme in December without upsetting financial markets.

“If I were working at the ECB, given the lack of monetary policy levers available to me, I’d make sure the market is as little distressed as possible,” Peter Chatwell, a strategist at broker Mizuho said.

The issue has been bubbling in the background for years but it has blown out in recent days on investor concern about a German bond pinch around year-end when issuance falls and banks shrink their balance sheets to meet regulatory demands.

The ECB doubled the amount of bonds that the 19 central banks of the euro zone can lend against cash to 150 billion euros from 75 billion euros last week.

But analysts say this is not solving the problem because banks are running against a constraint on how many bonds they can borrow.

This is a safeguard that central banks have in place to minimise the risk they take and to incentive borrowers to turn to the market instead.

“If we were to see more transactions failing, we think the Bundesbank and the other euro area central banks could consider raising the counterparty limit, at least

Credit is more expensive even for the safest companies: https://fingfx.thomsonreuters.com/gfx/mkt/zgvomkgxwvd/Spreads%20widening%20even%20for%20safest%20borrowers.png 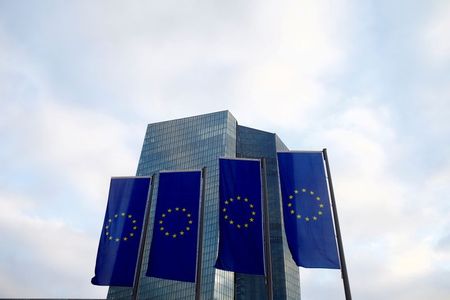