(Reuters) – The searches soon to get underway for two new top U.S. central bankers will be an important test for what has been a rallying cry of sorts for proponents of diversity: that boards matter.

And after years of deliberate change under Powell, Fed Governor Lael Brainard and former Fed Chair Janet Yellen, the regional Fed bank boards that will run the searches and make the new hires now have far more women and minorities than they did when Rosengren and Kaplan were hired.

Across all 12 regional Fed banks, 51% of the directors eligible to pick Fed chiefs are women, and 48% are minorities.

That’s much more diverse than is typical at U.S. companies, and marks a sea change at the Fed from just a few years ago.

The board makeovers are both a bid to get broader insight on the economy and to have a more diverse group in place to cast a wide net in searches for regional bank presidents, Fed insiders say.

(Graphic: On Fed bank boards, some classes more diverse than others, https://graphics.reuters.com/USA-FED/DIVERSITY/qzjpqgxdgpx/chart.png)

When Kaplan got his job in 2015, the majority of directors at the Dallas Fed and at the Fed banks overall were, like Kaplan, white men.

This year, half of directors who could take part in hiring Kaplan’s successor are women. Half are also minorities.

When Rosengren was hired in 2007, the Boston Fed board was all white, with two women.

This year four of the six directors who could be responsible for picking a new Boston Fed president are women. Two are minorities.

Rosengren was an economist who had spent years at the Boston Fed before he was picked to lead it. Kaplan was no Fed lifer but had a long career on Wall Street with Goldman Sachs; he was also a director at the search firm the Dallas Fed had hired.

“The problem is that it’s a very insiderish process for selecting some of the most important leadership in the Fed,” says Benjamin Dulchin, director of the Center for Popular Democracy’s Fed Up campaign who helped author a study showing Fed board directors tend to represent financial institutions or big business, rather than more typical American economic pursuits.

But a focus on diversity in the upcoming search process may force the Fed to reach outward for candidates at this go-round. The number of Blacks among the hundreds of economists employed at the Fed, for instance, can be counted on one hand.

The only Black policymaker currently at the U.S. central bank, Atlanta Fed President Raphael Bostic, had been among those in the 90s, though he was most recently a professor at the University of Southern California.

Minneapolis Fed Chief Neel Kashkari, the only other minority among the Fed’s 18 interest-rate setters, had no previous Fed affiliation. Of the 10 other Fed bank presidents, three are white women and the rest are white men.

At the Fed Board in Washington, whose members are picked by the White House, the lineup is even less diverse: all six are white, and just two are women.

Neither Dallas nor Boston has provided any detail about their planned searches, though the latter said on Friday its board had “a wonderful mix of individuals” and that its search committee “is committed to doing a great job with openness and breadth and rigor.”

Typically Fed banks looking for a new chief form a hiring committee headed by the chair of their local board and advised by an outside search firm.

The Fed’s Washington-based Board provides input and gives final approval.

Only non-banker directors – six of the nine board members at each bank – may take part in the process.

The bank’s board is led by a white woman and a Black man.

Christina Hull Paxson, the board’s chair, has been Brown University’s president since 2012. She is also an economist whose research focuses on health and children.

Corey Thomas, the deputy chair, runs cybersecurity firm Rapid7 Inc. He is the only Black chief of a publicly traded company in Massachusetts.

Roger Crandall has led Massachusetts Mutual Life Insurance for the past decade. Like the overwhelming majority of Fortune 500 company CEOs, he is white.

Lauren Smith joined the CDC Foundation, a congressionally authorized philanthropy, last year as its first chief equity and strategy officer. She is a former pediatrician and medical director of the Massachusetts public health department.

The bank’s board is led by two white men.

Greg Armstrong, the board’s chair, ran Plains All American Pipeline LP for decades until his retirement in 2018. He remains a director.

Claudia Aguirre is president and CEO of BakerRipley, a non-profit provider of education and community services in Houston. She was born in Mexico. 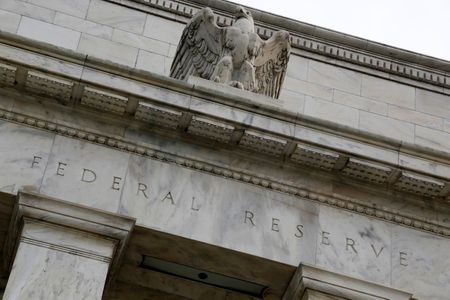 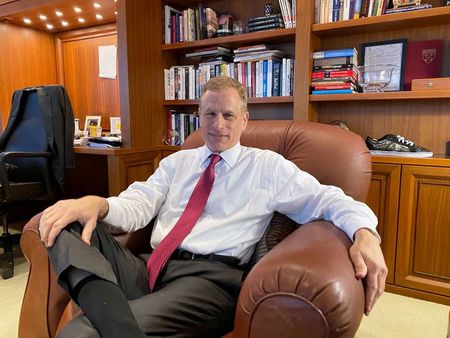 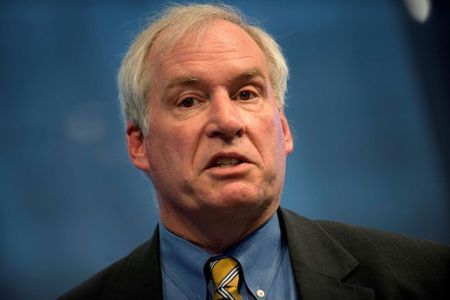