By Mark John and Simon Jessop

LONDON (Reuters) – For Bank of England chief Andrew Bailey, tackling climate change carries inflation risks if you do too little, too late. For Larry Fink, head of investment giant BlackRock, the risk is if you go too fast.

Who’s right? The answer will depend on how policymakers, investors and consumers square up to the complex set of variables that, one way or another, will be disrupting the global economy in the not-too-distant future.

World leaders will head to Glasgow in November for United Nations talks to map a smooth path into 2050, the agreed deadline to cut planet-warming emissions to “net zero” and cap global temperatures at no more than 1.5 degrees Celsius above pre-industrial norms.

For Bailey, the longer they wait to adjust policy to the new realities, the greater the economic cost of that adjustment.

“And a disorderly transition, where more severe policies are introduced later in the horizon to compensate, could result in both lower growth and higher inflation from rising energy and materials costs in the economy,” he told a Reuters event last week.

Fink by contrast focused on the cost of an over-hasty transition. He warned, as an example, that a rapid greening of policies would increase the cost of air fuels and so the price of air tickets, the Financial Times quoted him as saying.

The issue, he said, was whether regulators and governments “accept more inflation to go green”.

Such a trade-off may be uncomfortable for those who already worry that unprecedented levels of pandemic stimulus will end up overheating the global economy.

Many economists would agree that climate policy can push prices higher because the current price of carbon does not reflect its true environmental cost. So, any policy that seeks to reflect that cost would tend to send prices higher.

This could be dramatic. A scenario released by leading central banks on Monday said that cutting emissions to net zero by 2050 would require a $160 per tonne carbon price – over three times the price of the current tradeable benchmark in Europe – by the end of this decade.

“The transition to net zero – and, more generally, to a more sustainable world – is likely to have an inflationary impact,” said Silvia Dall’Angelo, Senior Economist, at the international business of Federated Hermes.

Set against that, however, is both the possibility that climate change policy could actually lower prices for certain goods and services and the risk that doing nothing at all could spur other inflationary pressures tied to faster climate change.

Here, the central bankers whose main job it is to maintain stable prices struggle to come up with hard and fast numbers.

A European Central Bank (ECB) paper last year noted climate change and the policies to tackle it could have unpredictable effects on inflation, even to the extent that it could undermine monetary policy efforts to keep prices stable.

On the plus side, it suggested better energy efficiency could lower household heating bills and that more efficient vehicles could cut fuel costs – a benefit that would obviously be eroded if fossil fuels were also being taxed more heavily.

LEAST OF OUR WORRIES

ECB President Christine Lagarde told a meeting of finance chiefs on climate change last week that the main problem was how to accurately bring such longer-term factors into the narrower, 2- to 3-year window used by central banks for their forecasts.

“A lot of heavy-hitters in the modelling world are looking into that,” she said. At the same meeting, U.S. Federal Reserve chief Jerome Powell agreed the issue had complex fall-out not just for prices but employment, productivity and interest rates.

Vulnerable developing economies have for years felt the impact of climate change on their farming and other sectors. Now, rich economies are starting to see price challenges linked to weather events and climate change policy, according to Katharine Neiss, chief European economist at PGIM Fixed Income.

She cited as examples the reduced water flow that obstructed key supply routes such as the Rhine River back in 2018 and also the banning of diesel cars from a number of European city centres, leading to a sharp decline in the price of second-hand diesel cars and rising demand for electric vehicles.

“Disorderly net-zero transition could translate into more volatile and higher average inflation, which would impact on household and businesses’ ability to plan, leading to sub- optimal savings and investment decisions,” she warned.

Ultimately, the climate challenge implies massive changes for the global economy either way – and rising inflation may be the least of our worries.

If no effort to address it is made at all, the fall-out for the planet would result in a cumulative loss of world output of nearly 25% over the next two decades, estimated Wei Li, Global Chief Investment Strategist at BlackRock Investment Institute.

On the flip-side, Jean Pisani-Ferry, a French economist who has modelled climate scenarios, estimated the impact on the world economy of a rapid shift to genuine sustainability would be akin to the upheaval of the 1973 oil crisis, which back then triggered a prolonged bout of spiralling inflation.

Counter-balancing such a shock would be even harder this time, he argued, because economies would need to invest not only in making the transition but also to compensate for the loss of existing capital stock as fossil fuel resources became stranded.

Others say this is a challenge that brings opportunities.

Nicholas Stern, who produced a landmark 2006 report on the economics of climate change, argued the investment that a future green economy would need for new forms of production could offer an attractive home for the world’s stock of savings.

“If we get it right, it is the growth story of the 21st century,” he told the finance chiefs’ conference. 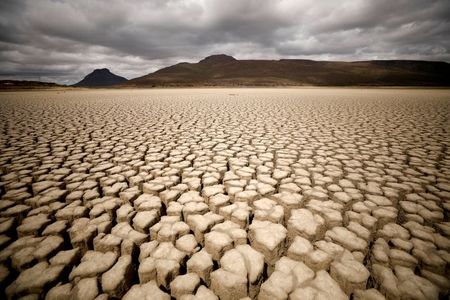 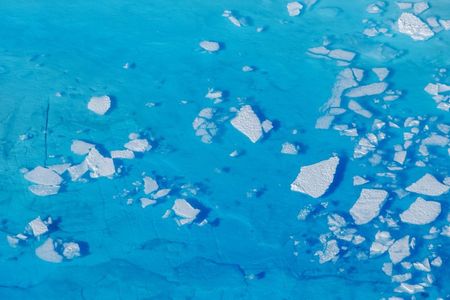 Marketmind: A time to taper