NEW YORK/SHANGHAI/HONG KONG (Reuters) – Some offshore bondholders are scouting for bargains in China’s cash-squeezed property sector after a slew of funding support measures followed a brutal slide, but the uncertain outlook for a recovery in home demand will keep others on the sidelines.

Beijing has stepped up support in recent weeks to free up a liquidity squeeze that has stifled the industry, which accounts for a quarter of the world’s second largest economy and has been a key driver of growth.

Foreign investors’ return to the sector is shaping as a key test of sentiment after many developers defaulted on debt obligations over the past year, in the wake of Beijing’s vigorous crackdown on debt-fuelled expansion.

Mark Dong, co-founder and general manager of Minority Asset Management in Hong Kong, said his fund had been bargain hunting Chinese property dollar bonds since September, in a bet that the market sell-off was overdone.

“The equity refinancing policy has made clear that most listed developers will get government support,” said Dong, whose firm holds such bonds to the face value of roughly $400 million.

“Uncertainty has been greatly reduced.”

The comment followed a move this week by securities regulators to lift a years-long ban on equity offerings by listed property companies seeking to raise funds. That in turn prompted three developers to unveil fundraising plans.

An index tracking high-yield dollar bonds of Chinese developers has jumped more than 70% from its Nov. 3 low, but is still down about 70% from its peak in May, 2021.

Despite the recent price jump, Dong said, “It’s not too late to buy,” as the market mood has not fully recovered.

A growing list of Chinese developers have entered into or are preparing to kick-off debt restructuring talks with offshore bondholders after defaulting on payments.

For example, China Evergrande Group, which is at the centre of the property crisis, aims to win creditors’ approval for a plan to restructure offshore debt worth $22.7 billion by as soon as the end of February.

The bleak sector outlook, with falling home sales and fewer sources of raising fresh funding for developments, has raised the prospect of a massive haircut for offshore bondholders.

“We have turned slightly less negative, but believe only a handful of private Chinese real estate firms will survive without having to restructure,” said Max Wolman, senior portfolio manager at abrdn, which owns such bonds, but is underweight on the sector.

Fund managers have been cutting their holdings in Chinese property bonds by half or even more this year as the sector lurched from crisis to crisis and blew a deep hole in asset managers’ performance.

Of 241 dollar-denominated bonds issued by Chinese property firms, 211 are trading in distressed territory below 50 cents on the dollar, Refinitiv data shows.

The recent rally in developers’ shares and bonds on the back of funding support measures, however, has given investors some respite. In November, Hong Kong’s Hang Seng Mainland Properties Index posted a record monthly gain of 70%.

Yet concerns swirl about how long the rally will last, as well as if investors will return to the debt market in the absence of a rebound in home demand, with October seeing a 15th straight monthly fall in property sales, measured by floor area.

“There is a remarkable turn of property policies, but companies cannot get back onto their feet without bringing back sales,” said Li Gen, chief executive of Beijing-based BG Capital Management Ltd, which specialises in credit investment.

Some investors are betting on China’s easing of lengthy COVID-19 curbs, following nationwide protests against the world’s toughest measures, to bring a revival in home sales.

“A recovery in property sales would be firmer in a re-opening scenario,” said Justin Ong of Columbia Threadneedle, which holds China property bonds, as it would offer a clearer timeline for re-opening. 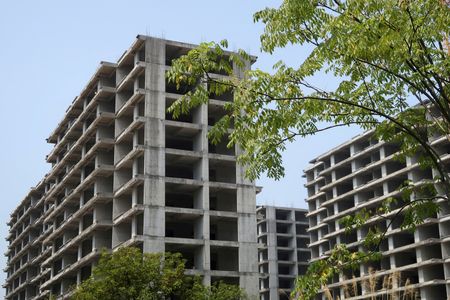 Oil slides over 2% from 7-year high on more U.S.-Iran talks