NEW YORK (Reuters) – Traders in U.S. equity options do not expect the Federal Reserve’s symposium in Jackson Hole, Wyoming later this month to spark big moves in stocks, even as a focus on the Fed’s taper timeline amplifies the buzz around the annual event, data and interviews with market participants showed.

Investors typically place bets, or hedges, that would protect their portfolios around events that could generate market volatility.

While there has been some hedging demand ahead of Jackson Hole, it pales in comparison with what was seen in the run-up to potentially consequential events in the recent past, such as last year’s presidential election, the Georgia Senate runoffs earlier this year and the Fed’s last monetary policy meeting, a Reuters analysis showed.

Strategists gave several reasons why investors have gone lighter on protection against market swings that could occur around the Aug. 26-28 symposium, where some believe Fed Chair Jerome Powell may give insight on plans for tapering the $120 billion-a-month government bond buying-program that has helped fuel the S&P 500’s double from its March 2020 lows.

One possibility is timing. Some investors believe the Fed will want to see more data before announcing taper plans, making the central bank’s September meeting a more likely date for outlining a possible unwind.

Around 65% of economists polled by Reuters expect the Fed to announce a plan to taper its asset purchases only in September.

For his part, Powell has said the central bank is “a ways off” from meeting the threshold for tapering, even as other Fed officials have given competing timelines for unwinding bond purchases.

History also suggests the Fed chair’s speech at Jackson Hole has not sparked big market moves in the short term.

The S&P 500 Index logged an average move of 0.6% in either direction on the day of the Fed chair’s speech over the last 10 years, a Reuters analysis showed.

S&P 500 options are currently pricing a 1-day move of about 1%, according to Matt Amberson of analytics firm ORATS.

Ilya Feygin, senior strategist at WallachBeth Capital, is among those who believe the event will yield little to spark market turbulence.

He points to recent speakers such as Fed Governor Lael Brainard, who said the central bank needs to see more improvement in the labor market before pulling back on support for the economy.

“It’s most likely that the outcome will be a lot of nothing from Jackson Hole,” he said.

Investors’ hesitance to pay up for hedges ahead of Jackson Hole may also be part of a broader trend that has seen options players forego protection as markets have quickly snapped back from declines on a flurry of dip buying.

The S&P 500 has gone 276 calendar days without a pullback of 5% or more, its ninth-longest such streak, and the longest one since January 2018, according to Sam Stovall, chief investment strategist at CFRA.

“Outright hedges … have not been overly rewarding even though we have seen some chop here and there,” said Jon Cherry, global head of options at Northern Trust Capital Markets.

To be sure, hedging might pick up closer to the symposium. And while traders may be displaying little appetite for hedges against modest pullbacks, demand for protection against an outsized drop in stocks remains historically high despite weeks of relatively placid trading.

For instance, Nations TailDex, which measures the cost of hedging against a 3-standard deviation move in the SPDR S&P 500 ETF Trust, is higher than it has been about 85% of the time over the last five years, suggesting investors believe the market can quickly recover from a modest pullback but may have a long way to fall if hit with a more serious shock.

Analysts at BoFA Global Research cautioned that past instances when the S&P has gone long without a 5% pullback ended with upsurges of volatility in August 2015 and February 2018.

“History suggests to tread carefully from here, as some of the largest fragility shocks have been preceded by similar episodes of extreme market steadiness,” the bank’s analysts wrote. 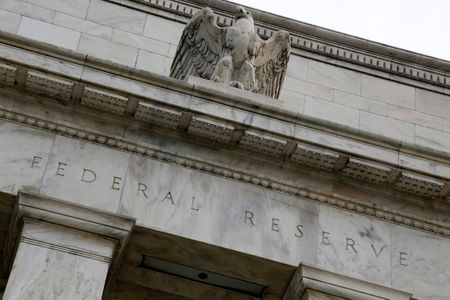 End of the jumbo: British Airways retires 747 early due to coronavirus crisis