WASHINGTON (Reuters) -The U.S. economic recovery accelerated in recent weeks even as a long list of supply chain troubles, hiring difficulties, and rising prices cascaded through the country, Federal Reserve officials said in their latest review of economic conditions.

The economy grew at a “somewhat faster rate” from early to late May, the Fed reported in its Beige Book summary of anecdotal reports about the economy on Wednesday, with officials noting “the positive effects…of increased vaccination rates and relaxed social distancing measures.”

But getting a $20 trillion economy back to speed posed challenges of its own, Fed officials reported based on contacts in their 12 regions.

Homebuilders could not keep up with demand, manufacturers faced delivery delays of the material needed to finish goods, and “it remained difficult for many firms to hire new workers, especially low-wage hourly workers, truck drivers, and skilled tradespeople.”

Prices were rising, and for now were likely to continue to do so, the Fed reported.

The Beige Book will help frame the Fed’s upcoming June meeting as officials edge towards a debate about how and when to pull back on the $120 billion in monthly bond purchases and raise the near-zero interest rates put in place to battle the economic fallout from the pandemic.

Fed officials say they will likely struggle for several months to get a clear read on an economy snapping back to life but hitting some speed bumps along the way.

The United States this year is expected to register the strongest annual growth in gross domestic product since the early 1980s, yet hiring in April was tepid, a May jobs report to be released on Friday may not be much better, and there are concerns inflation may be on the horizon.

Businesses on the whole seemed stretched thin by surging demand for their goods and services, while consumers appeared ready to splurge.

“Grocery store sales remained healthy and there were again reports of consumers trading up for more expensive items, such as premium meat cuts, finer wines, and seafood,” the Chicago Fed reported.

The Boston Fed’s summary of activity in its New England district captured the dynamic playing out across the country.

Evidence of shortages — whether of workers or goods — was widespread, cited as a main source of the rising prices that Fed and other officials are watching carefully.

The Richmond Fed reported restaurants and hospitality services were unable to reopen fully because they couldn’t find workers, and retailers were limiting inventories because of shipping and production delays.

Builders in the Midwest reported “significant project delays and some outright cancellations” because of “inflated material costs,” the Minneapolis Fed reported. Wood product manufacturers in the Pacific Northwest were operating at full capacity and still unable to meet demand.

The improving economic picture has yet to translate into booming demand for credit from consumers and businesses, if the Beige Book is any indication. Most districts reported loan volumes had increased “slightly” or “moderately,” although the Dallas Fed said loan volumes had grown “robustly.” In the Cleveland Fed district, bankers were somewhat fretful that supply chain disruptions might hurt clients’ sales and soften demand for loans.

Fed officials in general expect the current labor and product shortages to ease as the pandemic fades into the past and the economy reopens. Worker shortages in particular are felt to be a sort of holdover from the depths of the pandemic, with workers weighing practical considerations about child care and the availability of unemployment benefits against the eventual need to return to work.

Indeed, there is unresolved friction between the demand for labor and the supply. The Minneapolis Fed, for instance, said labor groups reported that “while hiring demand was robust, job service contacts reported low wages as a moderate or significant barrier keeping job seekers from taking available jobs.”

Still, compared to the risks and economic devastation of a year ago as the pandemic surged, the mood was positive.

Retailers in the New York Fed district “expressed increasing optimism about the near-term outlook,” while contacts in “most sectors” in the Kansas City Fed region “anticipated additional gains in the months ahead.”

​ To the extent there were concerns, it was about too much of a good thing.

“Outlooks improved, though there was widespread apprehension about the sustainability of current demand growth in light of supply constraints, difficulty hiring, and rising costs,” the Dallas Fed said. 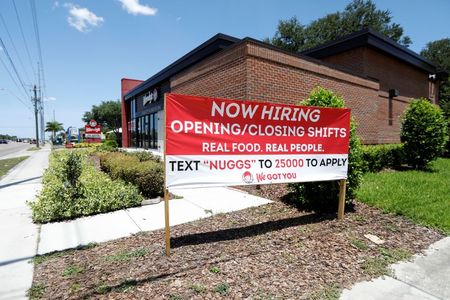 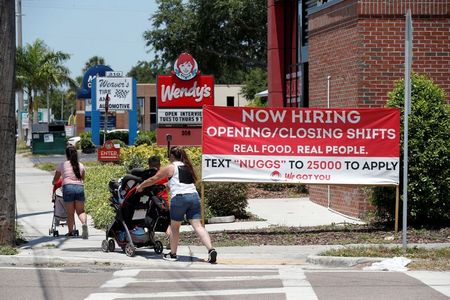 Rouble up in Moscow, falls offshore in volatile, thin trading